The transmission system in cars is here to help move the car. Transmission parts are designed to transfer power from the engine of the car to the wheels, which makes it easier for us humans to drive. Learn how much it cost to replace a throwout bearing.

Throw-out bearings are one type of transmission part that is in charge of moving a clutch, which separates or connects components in a transmission system. A thrown-out bearing will typically last between 40K and 100K miles depending on driving habits and how well maintenance has been done.

The cost can vary widely depending on what type of vehicle you have. For example, if you have a manual transmission then your bearing will be much cheaper than an automatic because they require little labor compared to what is required with an automatic transmission. The average cost for a throw-out bearing replacement is $145 – $275.

In this article, we will go over what you need to know when considering the replacement of a throw-out bearing.

What is a throw-out bearing? 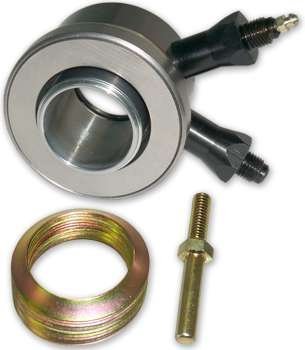 How a Throw-Out Bearing Works

A throw-out bearing is also known as a clutch release bearing or fork and roller bearing. It is in charge of moving the clutch that separates or connects components in a transmission system.

It is part of the transmission that works in conjunction with a clutch to deliver power from the engine to the wheels of your car. The throw-out bearing is placed between the drive plate, which connects to the flywheel, and the pressure plate.

When you press down on the clutch pedal, the throw-out bearing is in charge of utilizing a plunger that compresses or pushes against a clutch release fork. This action then simultaneously disconnects the engine from the wheels and frees up any power that was being used to move your vehicle.

A throw-out bearing’s job is to ensure there is no drag on the drive train while changing gears. It also reduces strain on the various transmission components when shifting gears.

Replacing a throw-out bearing is a complicated process that requires a lot of time and expertise. When it comes to cost you may find it surprising that the part itself only costs around $100 dollars, but the labor can cost so much more. You will find that there are several different factors that affect the total cost of your replacement, which include time spent on the job, transmission type, and location.

Labor costs can range anywhere from $30 to $80 an hour depending on where you live. It takes to replace a throw-out bearing can take anywhere from 2 to 6 hours, which could possibly make the total cost of replacement up to $500+ depending on how good your mechanic is. In some places, you might get lucky and be charged around $300 – $400 for labor but this is rare.

However, there are some other factors that should be considered when it comes to the price of replacement. Such as whether or not the pressure plate, flywheel, and clutch have to be replaced. Since labor is so expensive, it is generally a good idea to replace all of these parts at the same time even if they are not defective.

This should bring the total cost of replacement to more than $700. 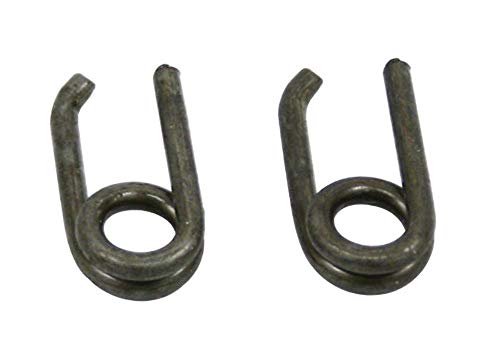 If you have a bad throw-out bearing then there are some common symptoms that you may notice.

1.) Noise In Depressing the Clutch

A loud noise that resembles that of someone popping a champagne bottle may mean your throw-out bearing is failing.

2.) Vibrations in the Clutch Pedal

If you feel vibrations when depressing the clutch pedal or hear a grinding sound, then you probably have a bad throw-out bearing.

When your transmission starts to shift roughly, it could mean a bad throw-out bearing.

The clutch may be too stiff or difficult to push in, which can happen when your throw-out bearing fails.

This noise may occur when engaging or disengaging gears. It can also mean that you have a bad throw-out bearing.

How to Install a New Throw-Out bearing in a Transmission?

If you plan to install a new throw-out bearing yourself or are just curious as to how it’s done, then this should help you out a bit.

The following points may prove helpful:

3.) Unbolt Old Throw-Out Bearing, then Pry it Out of the Clutch Housing.

4.) Clean Off any Rust or Dirt that may be on the Crankshaft/Main Shaft Splines.

Keep in mind that professional installation is recommended.

So, when trying to calculate the cost of replacing your throw-out bearing, don’t forget to take into account the labor as well. You should be able to get a good idea of what you will be up against by simply finding out how much it costs for the part alone.

But as we already mentioned, there are several other factors that should also be considered when trying to figure out what you might have to pay for this service. The location, transmission type and amount of time spent on the job all have an effect on the final cost.

If you liked this article about how much does it cost to replace a throwout bearing, consider checking out these other articles below —