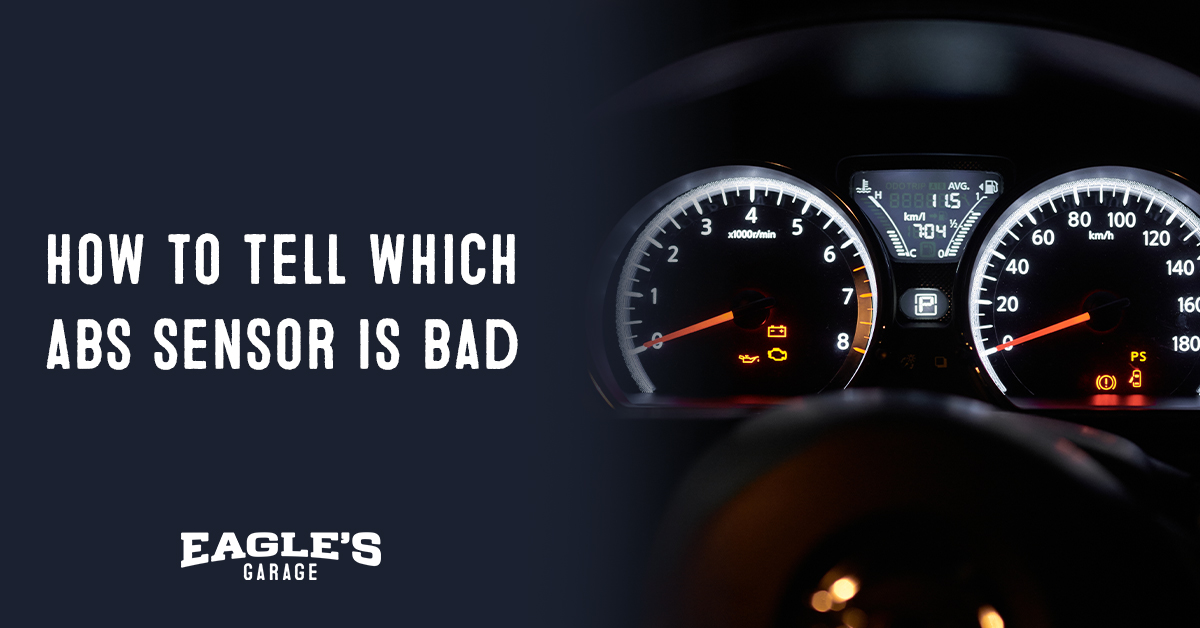 There are many important safety features that are integrated into modern vehicles. One of the most important is the ABS braking system. Without the ABS, you would have little to no control over your vehicle during emergency stops.

The ABS system of your car is designed to prevent loss of traction by limiting wheel lockup. It senses when one of the wheels starts to slip, and the ABS pulses it back into grip.

When it comes to detecting faults within this safety system, there are often trouble codes that can be read by a specially equipped scan tool, which can identify sources of problems that may arise. Then how does one diagnose an ABS fault? How do I know which sensor is bad?

These are the questions that may pop up in one’s mind when and we will be answering some of those including how you can identify which sensor on your ABS module is bad.

One of the key components of the ABS system is the ABS sensor itself. The ABS system will monitor the speed in which each wheel is travelling and when one or more wheels starts to lockup, it sends a signal back to the ECU.

Where is the ABS sensor located in your Car?

So, we’ve talked about what the sensor does but where is it actually located? Each car is different but for most cars, there are four sensors located on the wheels to monitor the speed of each wheel.

To access the ABS sensor, you need to jack the vehicle up and remove the tire. Then with a socket wrench, remove the retaining nut from the sensor.

You can also simply use your scan tool to “read” each sensor one at a time. This will also allow you to find out if any are bad without even having to take them off of the car. There are usually three connectors coming out of each sensor, which is how it communicates with the ECU through the ABS module.

Often times, when there is an ABS fault code stored in memory, an inspection of these sensors, may be all that is needed to prevent unnecessary parts from being replaced.

Also Read: How to Tell if Abs Module Is Bad

How To Tell Which ABS Sensor Is Bad

Now that you have knowledge on how to access the ABS sensors it is time to actually see how you can identify which sensor is bad. You will need to make sure that the scan tool completely reads all the sensors and properly identifies them by their roles (you may need to use a voltmeter or multimeter instead if your scanner doesn’t display the correct data).

The following are some simple instructions on how to do this.

The easiest way to identify the bad sensor is to use a diagnostic scan tool. First, you need to check and see if any of the ABS sensors are reading abnormally high or low RPMs. If only one of the sensors reads higher than normal, then that is what we will be focusing on. After checking the RPMs of all four sensors, you should be able to tell which sensor is bad.

Using a Multimeter or Voltmeter

If your scanner doesn’t display the correct data, or if you don’t have one yet, then you can test each of the ABS sensors yourself using either a multimeter or volt/ohm meter.

First, connect each of the sensors with a multimeter or volt/ohm meter. We will be testing for resistance (volts) across the terminals.

You will then need to identify if the sensor is sending an abnormal signal. To do this, you are going to test the readings of the sensor with each wheel stationary, and then moving it slower or faster.

If any sensors don’t even register when they’re rotated at slow speeds, then they may be defective already and need replacement.

The reading should be low and should increase as the speed increases. If you only see one sensor that has a higher than normal RPM reading, then it is likely to be defective and may need replacement.

Tips when testing your ABS Sensor

Here are some useful tips when testing your ABS sensors.

Also Read: How Much Does It Cost to Replace Abs Sensor

Ans: The sensor itself might not however, you may hear a squeal or grind from the brakes which could be caused by a defective sensor.

It is similar to when your vehicle starts to make a high-pitched squeal sound when applying the brakes.

This sound may become more intense when you are braking with increased speed or are in an emergency situation where you need to stop quickly, then it is likely that you have a bad ABS module.

The ABS system is a lifesaving mechanism designed to keep you safe while driving. It is important for this system to work properly or it could cost you your life. Fortunately, the ABS sensors are easy enough to access and test so that if there is a problem with one, it will be easy to promptly replace them before they become faulty enough that they need replacement.

Reviewing the information presented in this article, we hope that you can confidently identify the faulty sensor if one of them is found to be defective.