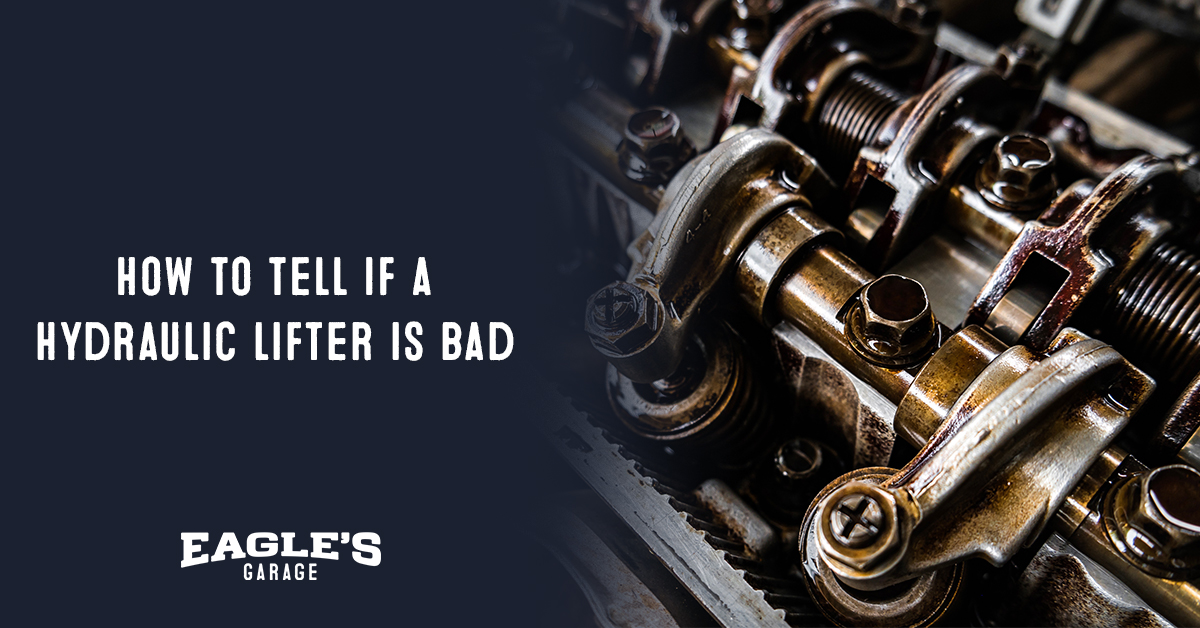 Hydraulic lifters are an essential part of a vehicle’s valve train. They act as valves that control the air and fuel mixture going into the engine, so it is important to know how to tell if one is bad before performing maintenance or replacement.

In this post, we will take a look at some of the signs that indicate that your lifters are failing. These normally result in a fair amount of extra noise under the hood, and could potentially lead to catastrophic engine failure if ignored.

The first thing you will likely notice is a loud ticking sound coming from the top of your engine when it is idling. This ticking can be caused by several different things, including a bad camshaft or timing chain or possibly worn-out roller rockers. In most cases, these conditions will lead to more severe symptoms than just increased noise, so try not to ignore this sign.

But this is just the beginning. Let’s go over some of the most common warning signs that your hydraulic lifters are failing.

How Do Hydraulic Lifters Work?

A hydraulic lifter is also known as a “valve lash adjuster”. This piece consists of two parts: an outer body and a plunger with packing around the bottom. The plunger opens and closes each intake and exhaust valve by following a camshaft lobe with a lapping action. When the lifter’s plunger moves up/down, it affects how much clearance there is between its top face and the rocker arm above it (or push rod below), which in turn changes the valve’s effectiveness seat-to-shaft clearance. Hydraulic lifters are also required for computerized engine management systems to operate, as they make the adjustments automatically every time the car is started.

A lifter can get sticky and eventually stuck in one place and not adjust the valves properly. This can be caused by a variety of things such as vacuum leaks or dirty oil, but it is most often due to internal wear and tear, an accumulation of carbon deposits (which occur when poor-quality oil is burned), and even materials from manufacturing defects.

The plunger will eventually get stuck in one spot and never fully close/open the valves, causing the engine to idle poorly and burn lots of fuel without producing much torque.

One of the first things you will notice if this is happening is that your engine’s idle speed begins to fluctuate or increase for no reason. This usually happens more frequently at startup, when the motor is cold.

If you notice this, check to see how long it takes for the noise to stop – sometimes, this will go away on its own after a few minutes as your engine warms up and expands slightly. Keep an eye on it though; over time and if you notice the clicking sound to get louder with more RPM applied each time this might be an indication that your hydraulic lifters have gone bad.

Unburnt fuel vapors can cause some hydraulic lifters to start leaking oil through their plunger seals. This is evident by tiny drops of oil around the rocker arms and/or pushrods when inspecting them under good lighting conditions; however, this problem only occurs when the engine misfires severely.

As a result of a sticky/stuck lifter, one cylinder may become completely inoperative. This is because in most cases, the camshaft lobe which operates that particular lifter becomes out of sync with its plunger and timing chain.

You will notice this when your engine is idling roughly and stalling at random times. If you start up your car after it has been running for a while and it does not idle smoothly, there’s a 99% chance that your hydraulic lifters have gone bad if these symptoms occur later on during drive time, even if they were working properly earlier on in the day.

Many Advanced Engine Management Systems (AEMS) use hydraulic lifters to adjust valves during idle and other low RPM driving conditions.

When the computer determines that adjustment is needed, it will turn on the “check engine light” or Malfunction Indicator Lamp (MIL). The code(s) associated with the problem will also be stored in your car’s memory.

How To Check For Bad Lifters

The following are a short series of steps to quickly check if you have a problem with your hydraulic lifters or not, before having them replaced. This will also show you which cylinders need to be repaired as well as how serious the problem is.

Remove the valve cover to inspect the camshaft lobes. If you notice any that are out of place, then your hydraulic lifters are most likely bad. It’s also important to check if the camshaft is loose inside the head, this will tell you if the lifters are not doing their job.

Check your engine oil level by removing the dipstick and wiping it off. If you notice that there is a large number of metal shavings mixed in with the oil, then you will know for certain your lifters have gone bad.

If the engine has been idling a while and your check engine light is on or you notice your idle speed going up for no reason, then this may indicate a problem with the hydraulic lifters in conjunction with your engine’s AEMS. This problem may be more prevalent in gasoline engines with multi-valve configurations because of the higher amount of valves compared to a single or dual overhead cam (SOHC or DOHC) engine.

Screw a screwdriver into each plunger and turn them to try to keep the lobe from moving. If you notice a clicking noise, then these are bad lifters.

Step 5: Listen In Conjunction To The Timing Chain

If you notice a rattling noise when the engine is running, there may be a problem with the timing chain. If the camshaft is not in perfect alignment with its lifters and valves, this tends to cause noise such as the one described here.

If you notice that the pushrods are only moving slightly, then this may also indicate a problem with the lifters because their failure would affect the valves too.

It’s difficult to gauge how much it would cost exactly because it varies widely depending on the size of your engine, the number of lifters that need replacing, and what kind of work needs to be done. However, typically it should cost anywhere from $500-$1500 for a job like this.

The higher the cylinder count, the more expensive it will be because you’re dealing with even more parts and labor. While this may seem like a lot of money to pay out initially, knowing that this problem will eventually happen and fixing it sooner rather than later can save you thousands in future maintenance costs.

We hope that this information will help you keep your engine healthy and save you money down the road.