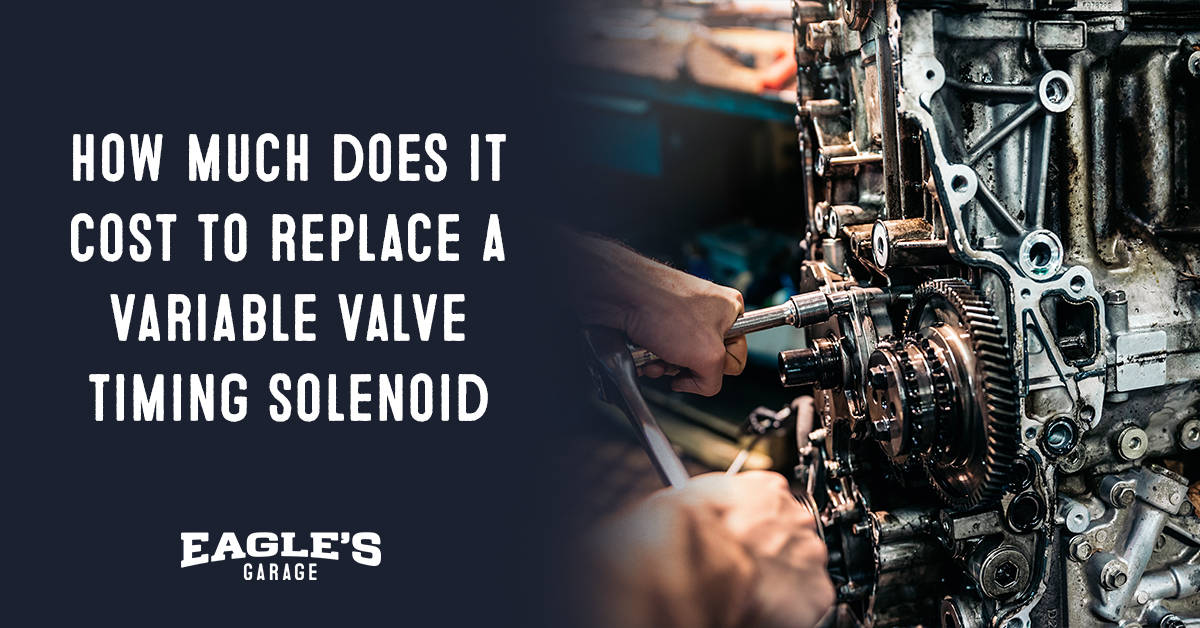 One of the most impressive systems created for combustion engines was the Variable Valve Timing System. This system can alter the timing of the valves to allow for better performance and fuel economy. It consists of many components that work together to adjust the timing of the valves. Learn how much does it cost to replace a variable valve timing solenoid.

The components include a cam sprocket, cam chain, crankshaft sprocket, and the Variable Valve Timing Solenoid (VVT). It is controlled by an electrical solenoid that controls oil flow to a cam phaser which moves the camshaft to advance or retard the valve timing.

When it fails, the most common symptoms include a “P0016” code, a rough idle, and an excessively loud valve ticking noise. Usually, the VVT solenoid will have to be replaced with a new one because it is not serviceable or repairable. The average cost of replacing this part is $325.

We’ll discuss this further later in the article.

What is an Oil Control Valve (and How Does It Work?) 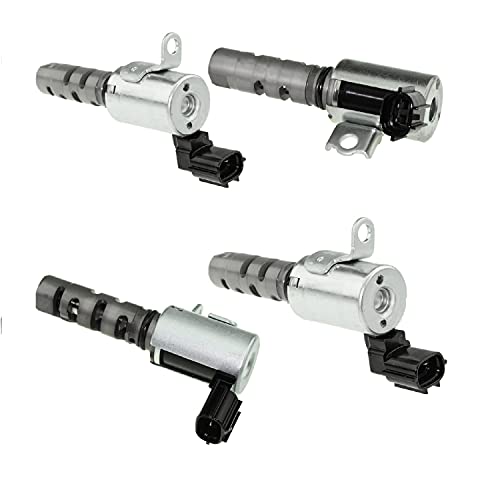 The Variable Valve Timing Solenoid is an electronically controlled solenoid valve operated by the ECM. They typically fail because they cannot properly control airflow and fuel. This occurs when carbon deposits build up on the solenoid’s plunger and inside of the solenoid body near-vacuum ports causing a lack of response from activation.

When this happens, it results in poor performance or engine stalling due to incorrect air/fuel ratios. In some cases, consumers have reported oil consumption related to this issue as well as misfires along with a rough idle.

The oil control valve functions by controlling oil flow to different engine components within the Variable Valve Timing system. When the ECM sends a signal, oil is directed from the PCV valve housing to control which camshaft lobe moves and controls how much timing changes.

When it comes to replacing this part, there are multiple things to take into consideration. For one, it’s possible that the VVT solenoid and the oil control valve (OCV) may be replaced at the same time. This is because when this part fails, both parts are usually in need of replacement.

When replacing just one part, there is no set price for either part. This is because prices depend on what engine is being worked on as well as what parts are available in the local area. The average cost for replacing a failed Variable Valve Timing Solenoid ranges from $325 to over $700 depending on whether or not the oil control valve needs to be replaced.

The estimated total for replacing both components is between $400 and $700 depending on the vehicle’s make and model. Consumers have said that they paid up to $800 to replace these parts with an OEM (original equipment manufacturer) part. The average price was around $550 when consumers used aftermarket replacement parts or non-OEM brands. 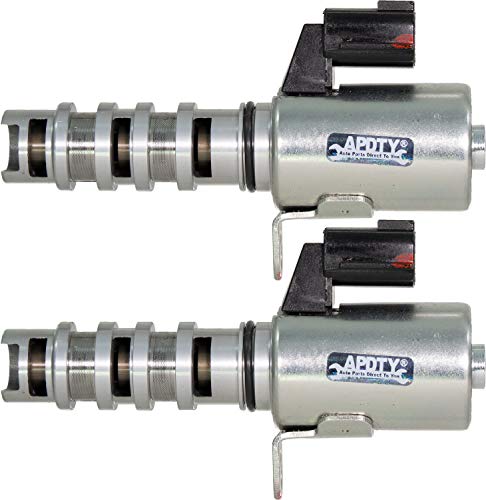 When the oil control valve fails, it will usually cause one or more of the following symptoms:

If the VVT solenoid fails, the engine will often run roughly or stall. This is because it fails to adjust the timing of the valves at normal RPMs and idle which creates a loss in power and stalling.

The first sign of a failed oil control valve is usually an engine check engine light. It comes on because the ECM recognizes that there is a fault with the VVT solenoid and will generate the code “P0016” to alert the consumer.

A bad VVT Solenoid will also cause poor acceleration and a loss in power while accelerating.

Your car may also begin to use excess fuel when this part fails. This is because the timing will be off.

Overall, the performance of the engine will suffer. This is because it cannot adjust the timing at different RPMs which results in decreased power and poor acceleration.

Can You Drive with a Faulty Oil Control Valve?

When it comes to this component failing, you should not drive the car if it has a faulty oil control valve. If there is no check engine light on then it may be all right to drive for a short period of time.

When driving, the vehicle will have poor power and acceleration which can put you or others in danger if they are behind you.

So, how much does it really cost to replace the Variable Valve Timing Solenoid? The average for this part seems to range from $400 to $700. When replacing both components, the average falls between $550 and $800.

Consumers have reported being charged anywhere from $325 to over $1,300 which is why it’s important that you ask your mechanic or technician what they plan on charging you before starting any work so you are aware of all costs involved with fixing your car.

If you liked this article about how much does it cost to replace a variable valve timing solenoid, consider checking out these other articles below —