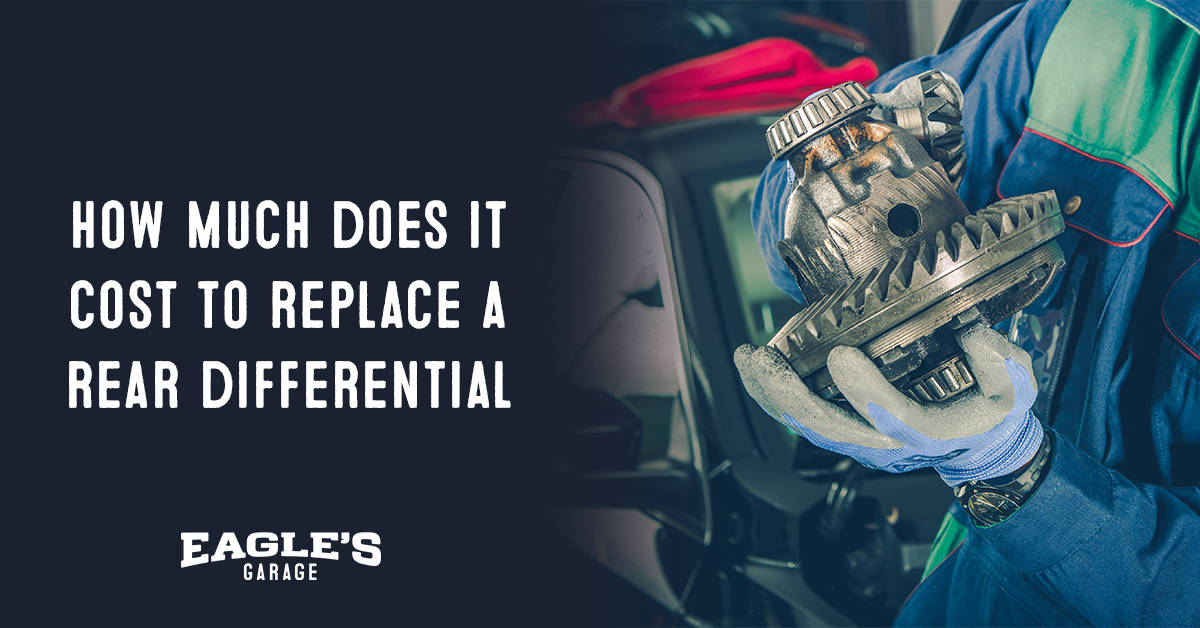 When it comes to making a turn while driving or the amount of control we have over our vehicle, we never put much thought into it other than just putting our foot down on the pedal and rotating it the steering wheel but in actuality there are a lot of parts in our car that are working in perfect unison with this action to give us the best control possible.

For example, when you turn your steering wheel left or right there is a part in your car called a differential that helps transfer power to the wheels smoothly while turning. The more power is needed the harder it works to make sure power gets evenly distributed to both sides of the axle even if one side has no grip at all. The downside is that they wear down over time and eventually need replacing which can become very expensive for most people especially since it’s not an item they think about often.

Replacing Differentials quickly adds up though depending on what kind of vehicle you own because they come in different shapes, sizes, types, and weights. A rear differential for a small passenger car could set you back about $325 to $525, but for a heavy-duty truck it could be as much as $1,275 or more.

Now you might be a little confused with all the various numbers and ranges that I just threw at you right there but don’t worry, I’m going to break it down further in this very article.

What Is A Rear Diff And How Does It Work?

So first things first, a differential is the component in a car that helps transfer power to the wheels smoothly while turning. It does this by allowing the two drive wheels on an axle to rotate at different speeds. So if one wheel is rotating slower than the other, the differential will send more power to that wheel to make sure it catches up.

This is important because when you’re turning, one side of your car has to move faster than the other in order for you to make a smooth turn. If your car didn’t have a differential, then you would feel a lot of jerking and hopping as you tried to turn corners.

Differentials can be in the front or the back of a car and come in different types such as open or limited slip. Some even have a locking feature that will keep the car from moving if one wheel loses traction. In 4×4 vehicles, there are usually two differentials – one in the front and one in the back.

There are several things that can cause a rear differential to fail. One of the most common is physical damage sustained in a collision. Other causes include worn-out gears or bearings, water contamination, or failure of the limited-slip mechanism. However, the most common failure mode is general wear and tear. As with any other mechanical component on your car, eventually enough time goes by that it will eventually break down or malfunction.

Obviously maintenance and driving conditions are the biggest influencers. A differential which is constantly overheating because of excessive load will wear out much faster than one that doesn’t overheat as often.

First, let’s take a look at what factors will play into how much you end up paying for a new differential:

The size of the vehicle – Obviously, the larger the car the more expensive the differential will be. This is because large cars have heavier and more complex parts which cost more money to create.

Vehicle type – As with the size, different types of cars have different parts that are more or less expensive depending on what they’re made out of. An off-road vehicle will have a lot more heavy duty parts than a normal car because it has to be able to take on rougher terrains.

The labor rate for your area – This is where it gets complicated because the labor rate will vary from place to place.

Now that we know some of the factors, let’s take a look at what some of these costs could be:

Rear differential parts and labor rates will vary from place to place so I can’t give you an exact figure but this should provide plenty of knowledge on your end when it comes time to replace your own differential.

What Are The Signs Of A Bad Rear Differential?

Knowing when it’s time to replace your rear differential is extremely important. If you fail to maintain it or don’t act in time when something goes wrong, then you could end up with even more serious damage such as an engine failure. Here are some common signs this could be happening:

Differential fluid is leaking – One of the easiest ways to monitor the health of your differential is by checking its fluids. Typically if there is a leak then that means that one of the seals has failed and needs immediate replacement.

Differential makes squealing noise while turning – If your car starts making a whining noise when making a turn, then there is a good chance that something has gone wrong with the differential. This can be caused by one of the gears becoming loose or any other number of problems.

One wheel goes faster than the other – If you are able to pick up on this then your differential might be having trouble transferring power to all four wheels which obviously is something that needs attention. A good way to tell if this is happening is by checking if one of your tires is wearing out faster than the other.

When to Get Rear Differential Replacement

You should have any rear differential issues checked out as soon as possible. If you have a leak, then that means one of the seals has failed, which could also mean the gears aren’t getting the lubrication they need to run smoothly. In this case, delaying your visit to a mechanic will just lead to more expensive problems down the road.

Another thing that makes it important for you to get on top of this issue is because of safety reasons. If there is a problem with the differential and you ignore it, not only do you risk serious damage being done to your car but also put yourself at risk while driving it.

In summary, the cost of replacing a rear differential can vary depending on the size and type of car, as well as the rates of your area. There are also certain signs that you should look out for which will indicate that it’s time for a replacement. Ignoring these signs can lead to even more expensive problems down the road, so it is important to get on top of this issue as soon as possible.

If you want a ballpark figure of what it might cost to replace your rear differential, then I would say between $325 and $525 for a small passenger car and $1,275 or more for a heavy duty truck. Thank you for reading and I hope this information was helpful.