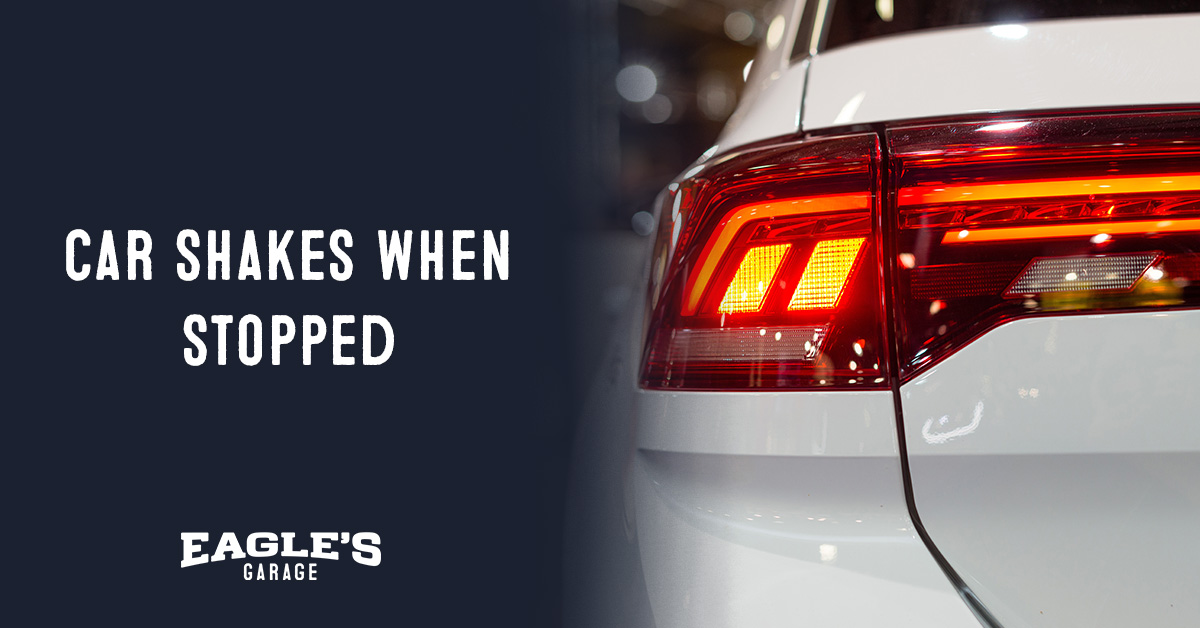 All machines are prone to wear and tear and car parts are no different either. Although it is true that design, quality and manufacturing age all have an effect on how long one can expect their car to last, sometimes there are more sinister forces at work.

With regular maintenance, a vehicle should run great, but sometimes a car or truck can have problems that aren’t obvious. However, knowing that the vehicle only shakes or vibrates when stopped does help minimize a great list of potential problems with your respective car or truck.

The hint being provided here is that the issue herein lies within the engine and in theory should make diagnosing the problem easier. Regardless, the engine itself may be receptible to a whole multitude and host of problems. However, we will do our best to provide a method of narrowing down the most possible culprits.

In this article, we’ll discuss the issues and causes related to your car shaking when you come to a complete stop also known as idling. Let’s begin by looking at some of the potential causes:

What Causes Your Car To Shake When Stopping

The following issues can cause your car to shake when stopping:

A very common issue which is often overlooked. This problem will cause your car to shake when idling, which also means it will shake when driving too. However, if you have a clogged fuel injector, this problem may only occur during the winter months or colder weathers because fuel tends to be thicker during these times.

A dirty/clogged fuel injector prevents the proper amount of gas from being provided by your engine which results in misfires and malfunctions that are associated with jerky idling or shaking during stopping.

Fixing this issue requires you to replace the dirty or clogged fuel injectors that are present within your car, truck or SUV.

This will usually cause your car to shake during idle or when you come to a complete stop. If the spark plugs are at fault, then it’s usually due to them being worn down, dirty or loose.

The reason they make your car shake is because there won’t be enough voltage passing through which means the spark plugs may require replacement. Although if they are new/broken in, make sure that your ignition timing is set correctly and replace the wires too while you’re at it if deemed necessary.

A problem that is often overlooked and one which causes your car to shake when idling. The vacuum hose associated with this issue may have become disconnected or broken, thus resulting in misfire codes being triggered by the computer.

A simple solution is to check all of the vacuum lines for any leaks and look for any accumulations of dirt within them too. Dirt will block air from passing through, so if a line has a deposit, you should clean it out.

If your timing belt is torn or cracked, the belt can move improperly or break while your car engine is running. This will cause rough idling and shaking when the car comes to a complete stop.

Replace the timing belt as soon as possible if this issue has occurred. While you’re at it check all of the pulleys for any cracks too because they create vibrations which are transferred through to the engine block, thus irritating components within most vehicles.

A worn timing belt can result in your vehicle being plagued by issues related to jerky idle, misfires and poor gas mileage among other things. A broken timing belt can do more damage than just damaging itself so always replace them once they have reached over 50k miles on them.

A dirty air filter will give your engine less air than it requires to effectively run, especially when idling. If this is the case then you’ll notice that your car shakes more during idle or while coming to a complete stop.

A dirty air filter will also affect your vehicle’s fuel economy and throttle response too which can be remedied by replacing said part and getting an oil change at the same time if necessary.

Optimal performance is achieved by ensuring that you replace your air filter about every 7k miles or so because they get dirty very quickly with modern day vehicles.

The same issue that occurs with dirty fuel injectors is the same one associated with a clogged fuel filter. It’ll affect your vehicle’s performance and cause jerky idling or shaking during stopping, particularly if it lasts for an extended amount of time.

A quick fix to this problem is to replace your fuel filter which you can pick up either online or at any auto parts store. A clogged fuel filter will create poor gas mileage and reduce throttle response too, so replace it as soon as possible if you’re noticing these issues.

A faulty mass airflow sensor is responsible for your vehicle’s idle quality. If it fails then you’ll notice that your car shakes while idling or is rough when coming to a stop because the computer isn’t getting any signals from this sensor.

(Sometimes referred to as MAF)

MAFs can be found at either end of the air intake and they rely on an internal fan that draws in airflow and then measures the correct fuel and air ratio to go into the engine (MAF sensor). When stops functioning correctly. then bad gas mileage and poor throttle response will result among other issues such as hesitation, stalling, poor idling and shaking when coming to a complete stop too.

A vacuum leak is a fairly common issue as all vehicles are prone to wear and tear over time under heat and stress, but if you’re experiencing shaking while driving or idling then it’s likely that you have one. As the name implies this is caused by airflow passing through an area that isn’t supposed to be accessed like bad seals around vacuum lines which will upset the balance of air flowing to the engine.

The effects of these leaks will vary depending on where they are located and include things like the engine will begin to misfire, cause rough idle, and an increase in RPMs.

A key component of your engine for modern vehicles is the oxygen sensor and are located within the exhaust manifold of newer vehicles. A faulty oxygen sensor can affect your vehicle’s fuel economy and emission output too, but also cause issues with idling or shaking while it’s parked or driving slowly.

If you notice an issue like this then you’ll want to check for any telltale signs of trouble like “check engine” light on the dash or loss of power during idle amongst other things.

Bad motor mounts will cause jerky stop and start driving or make your car shake while idling or coming to a complete stop. When this occurs, you’ll want to replace the motor mount(s) as soon as possible because they are usually made out of soft rubber which can wear down over time. It won’t take long either, so keep an eye out for any rattling that may occur when accelerating or slowing down.

Your alternator belt is responsible for powering your cars electrical system, especially important components like power steering and air conditioning among other things. If it breaks then expect the aforementioned components to fail too, resulting in inefficient engine performance associated with bad idle quality, poor gas mileage and shaking during stopping.

Can a bad battery cause my car to shake?

Answer: A bad battery won’t cause your car to shake but it will cause poor engine performance, so if you have an issue like this then it’s best to replace the battery first before anything else.

Can a bad alternator cause vibration?

Answer: A bad alternator can cause vibration when it’s not functioning properly, so have the belt replaced to restore smooth performance.

How do I know if I have a rough idle?

Answer: You’ll be able to hear it as well as see the RPMs fluctuating erratically. It’s also known for causing a shaking and bouncing sensation

To sum it all up, there are plenty of reasons why your vehicle will shake while idling or coming to a stop. A faulty mass airflow sensor, vacuum leak, bad oxygen sensor, bad motor mounts and bad belt are usually the most common reasons, but performing some diagnostics is needed for you to determine what’s wrong.

So, make sure you have your vehicle checked for any problems that may be causing the shaking in order to restore smooth idle quality.

All in all, getting the right components fixed will help you get back on track with maintaining a nice and smooth ride.