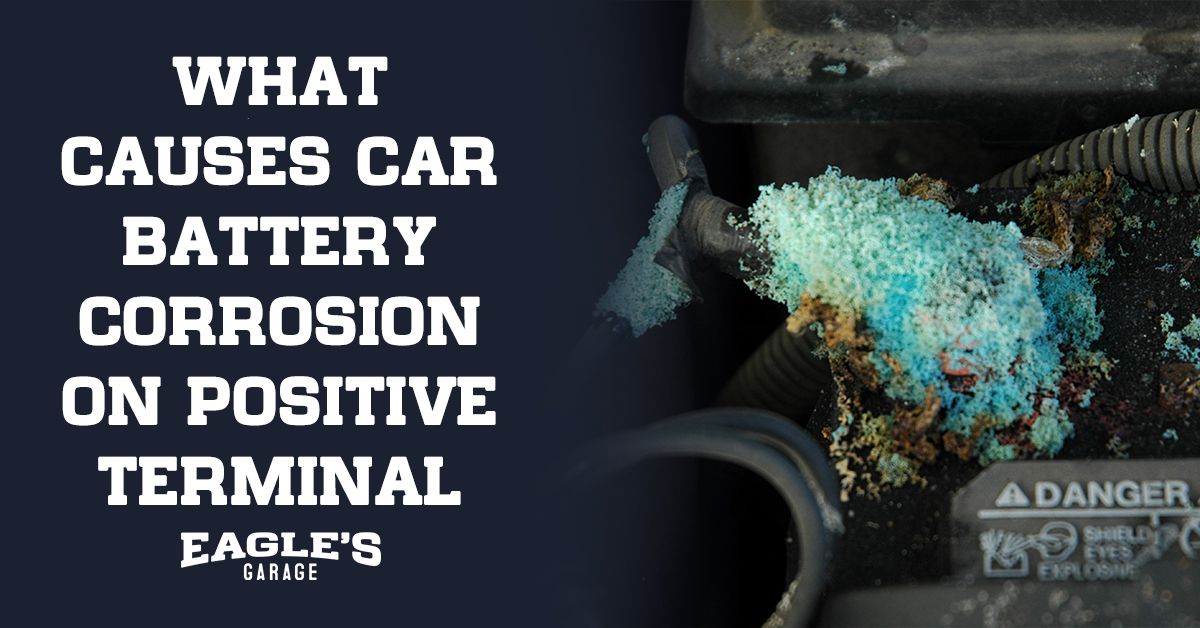 This can also happen if the battery is not properly maintained, as corrosion can build up on the terminals over time. In some cases, corrosion may also be caused by a manufacturing defect. 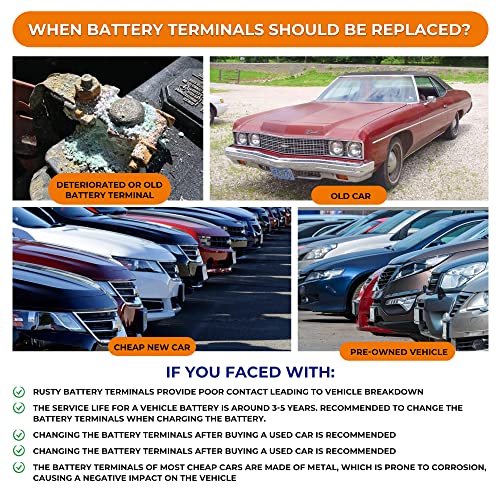 Corrosion on the positive terminal can prevent the battery from starting the car or cause it to run erratically. In extreme cases, it can even lead to a fire. If you notice any corrosion on your battery’s positive terminal, it’s important to clean it off as soon as possible to avoid these potential problems.

In this article, we’ll discuss some of the most common causes of corrosion on a car battery’s positive terminal. We’ll also give some tips on how to clean the corrosion and prevent it from coming back.

The following are five of the most common causes of battery terminal corrosion:

What happens, in this case, is that hydrogen gas leaks out of the battery, and when it comes into contact with oxygen in the air it forms water vapor or other substances. This can cause the formation of corrosion on the battery terminals.

Should there be a crack or hole in the battery, electrolytes may leak out. When this happens, the exposed metal surfaces may start to corrode. Eventually, as more and more electrolyte seeps out, the rate of corrosion and the amount of damage done will increase.

3. Chemical Reaction in The Copper Clamps

The clamps that are used to connect the battery terminals to the cables can also cause corrosion. This is because, over time, a chemical reaction may occur between the copper in the clamps and the lead in the battery, resulting in the formation of corrosion.

When the alternator charges the battery, it does so by providing a small electrical current. However, if this current is too high or too low, it can cause the formation of corrosion on the battery terminals.

If you accidentally overfill the battery with electrolyte, it can seep out and come into contact with the metal surfaces. This is a very bad idea as it will cause corrosion to form very quickly.

Effects of corrosion on a car battery terminal

Corroded battery terminals can result in a number of problems, the most serious of which is that they can cause a short circuit. This can lead to all sorts of electrical problems, and in some cases may even cause a fire.

In addition, corrosion can also make it difficult for the current to flow properly between the terminal and the cable, which can lead to starting issues or problems with the electrical system.

How to Fix battery terminal corrosion

Try the following methods to fix corrosion on your battery terminals:

One of the simplest and most effective ways to clean corrosion off battery terminals is to make a paste out of baking soda and water. Just mix the two ingredients together until you have a thick paste, then use an old toothbrush or other soft brush to scrub away the corrosion. Once you’re done, rinse the terminals with clean water and dry them off.

Should you not have baking soda, the carbonic acid in soda can also be used to clean corrosion off battery terminals. Just pour some soda onto the terminals and then using a sponge or brush, scrub away the corrosion. Once you’re done, rinse the terminals with clean water and dry them off.

If your battery’s terminals are heavily corroded, you’ll need a baking soda-water solution and an old toothbrush. Remove the negative battery terminal first.

Mix the baking soda solution in a mixing cup and pour it into glasses. Soak each of the terminals in the solution for 20 minutes.

Remove the corrosion on the terminals by scrubbing. Add the soda solution and make a new one. After that, immerse the battery terminals in fresh water while scrubbing the substances.

Wipe the terminals with a wet cloth and allow them to dry or clean them with water. Sandpaper can also be used to scrub the terminals.

Apply some grease or Vaseline to the terminals and reconnect them, starting with the positive.

How to Prevent Battery Corrosion

You can prevent battery corrosion by taking the following measures:

Most car batteries have a lifespan of between 2 and 5 years. After that, they will start to deteriorate and become more prone to corrosion.

Therefore, it’s important to replace your battery when it starts to show signs of wear and tear.

If you’re looking for a more permanent solution, you can install copper compression terminals on your battery. These will create a tight connection between the terminal and the cable, which will prevent corrosion from forming.

It’s important to make sure that your battery is properly charged. Overcharging or undercharging the battery can cause corrosion, so it’s best to keep an eye on the charging system to make sure it’s working properly.

There are a number of anti-corrosive sprays on the market that can be used to protect battery terminals from corrosion. These sprays form a barrier between the metal and the electrolyte, which prevents corrosion from forming.

In conclusion, there are many reasons why car battery corrosion may form on the positive terminal. The most common cause is improper charging, which can lead to overcharging or undercharging of the battery.

This can cause the electrolyte to break down, which in turn will lead to corrosion. Other causes include loose connections, damaged terminals, and exposure to the elements.

Corrosion can cause a number of problems, the most serious of which is that it can lead to a short circuit. This can cause all sorts of electrical problems, and in some cases may even cause a fire.

In addition, corrosion can also make it difficult for the current to flow properly between the terminal and the cable, which can lead to starting issues or problems with the electrical system.

If you liked this article about what causes car battery corrosion on positive terminal, consider checking out these other articles below —