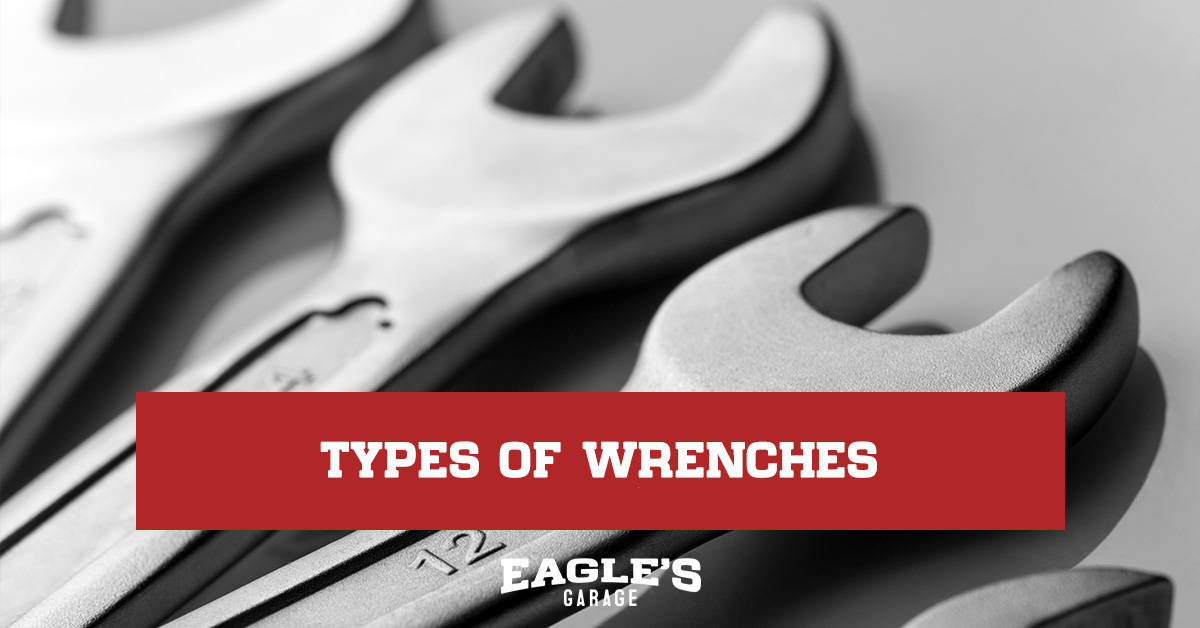 Wrenches are an essential part of anyone’s tool collection. However, there are so many different kinds that it’s difficult to know where to begin. They’re used to loosen and tighten fasteners, including nuts, bolts, and pipe fittings.

The various types of wrenches are each useful in particular circumstances, which we’ll get into later. Without the correct wrench, it can be impossible to undo or sufficiently tighten a fastener. You’re left with leaky pipes and worn parts you can’t get at to repair. Usually, that means having to call in and pay a professional to do something that you could have done far cheaper with the right tools.

Next up in this article:

The Different Types of Wrenches and Their Uses

If you want to do a job well, you need the right tools. With so many sizes and shapes of fasteners on the market, there needs to be a wrench that fits each of them. That’s where the fourteen common types of wrenches we’ll cover come in, although there are far more. Most of the others are so specialized you may never have cause to use them.

If you can imagine a use for it, a wrench probably already exists. With that said, some will see more use than others. The following are broad classifications of wrenches. Within each, there will be some variation. 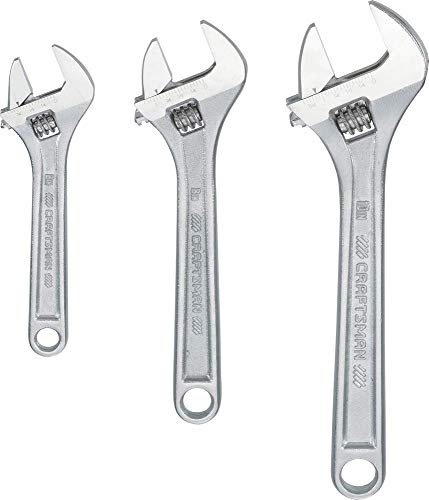 An adjustable wrench, sometimes also called an adjustable spanner, is an open-end wrench with a movable jaw. You can use it on a range of fastener heads rather than just one size because it’s adjustable. You might also see it called a crescent wrench.

Adjustable wrenches are particularly helpful when you’re doing plumbing work. Not only can they be used to tighten or loosen nuts and bolts, but they fit different piping sizes too. You might also use one when working on a car or a bike.

Combination wrenches are handy because they’re two-in-one. On one end, you have an open-end wrench. On the other, you have a box-end wrench. Both sides are the same size.

They’re used for loosening and tightening nuts and bolts. With two ends to work with, they’re ideal for small spaces without much room to maneuver. 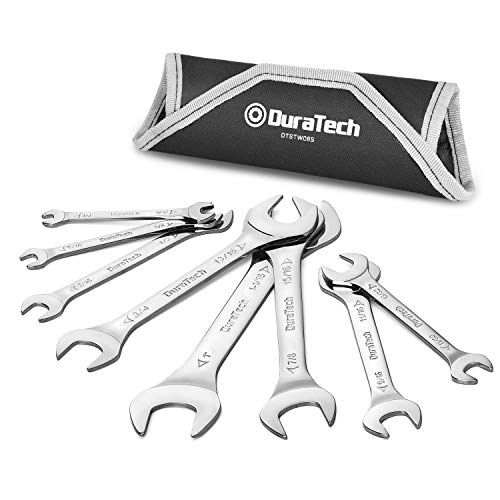 When you picture a wrench, the image in your mind is likely an open-end wrench. They’re the quintessential wrench with smooth, flat jaws.

Open-end wrenches are quick, easy, and intuitive to use when you have the right size for a nut or bolt head. If you’re working in extremely tight quarters, there might not be enough space to use the wrench to create leverage successfully. 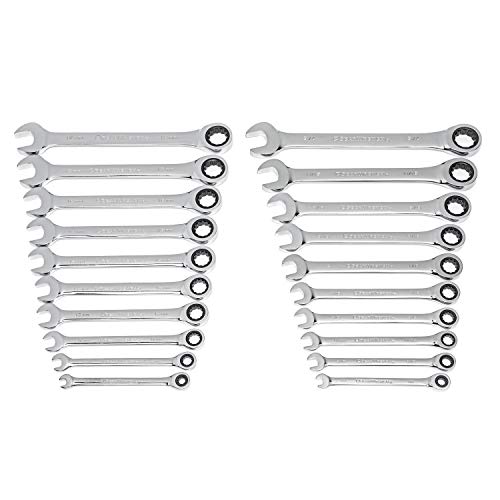 Ratchet wrenches are similar to open-end, box-end, and combination wrenches because one end has a ratcheting device within it. This means you won’t need to remove the wrench to readjust it if you’re working with limited space.

Ratchet wrenches are used to tighten or loosen nuts and bolts. 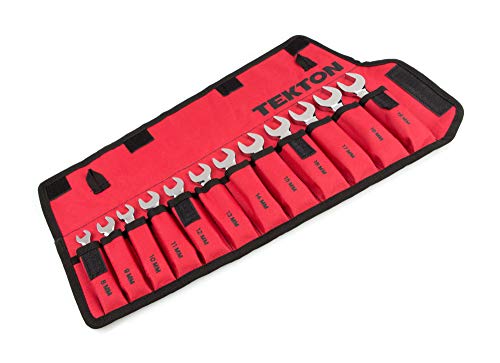 A short-body or stubby wrench is a smaller version of a combination wrench. It can be used for all of the same things, but it fits in tighter spaces.

Some newer short-body wrenches have hinged handles. This makes them even easier to maneuver, although depending on the wrench’s quality, they might not be as sturdy as you’d like.

Also Read: A definitive Guide To The Different Types Of Hammers 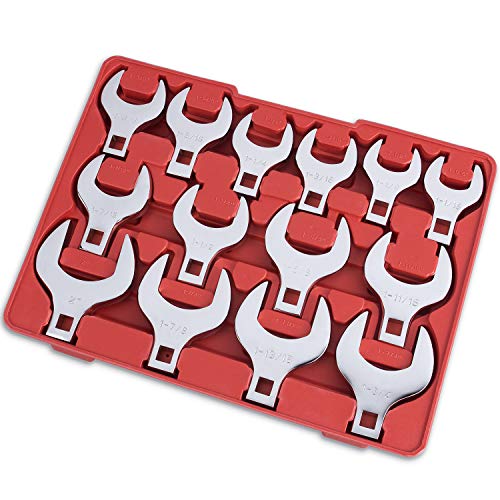 Crowfoot wrenches are a little odd because they don’t have handles. Now, what’s the point of a wrench without a handle, you might be wondering?

Crowfoot wrenches can attach to a socket or ratchet extension. You can get to hard-to-reach nuts and bolts without disassembling everything surrounding them first. 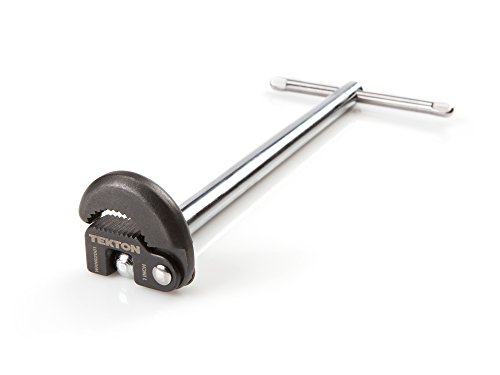 If you’re using a basin wrench, it’ll be in the bathroom. They’re commonly used to tighten the fixtures under toilets and sinks. 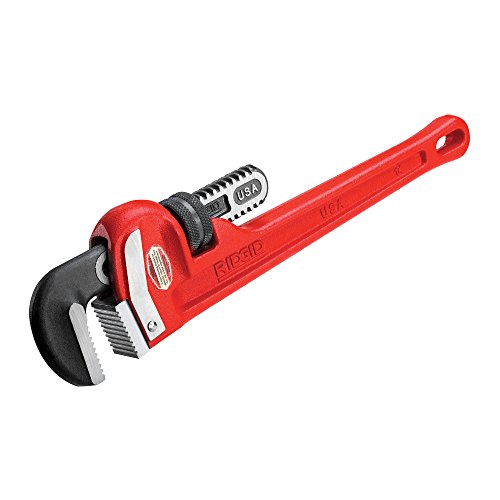 Pipe wrenches are a tougher, sturdier version of adjustable wrenches. They’re almost F-shaped, with heavy, serrated jaws. The top jaw can move up or down to lock into place at the size you need.

Plumbers are the ones usually found using pipe wrenches to adjust pipes and pipe fittings. Pipe wrenches are best used on metal, and even then, they can leave scratches. 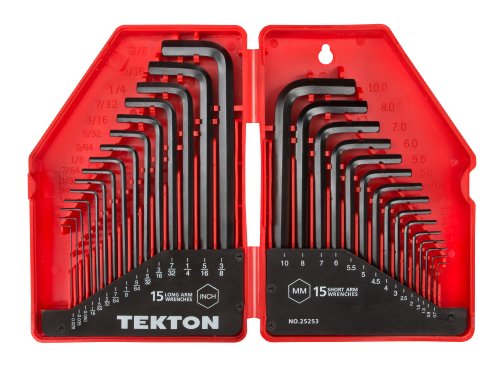 Another wrench that doesn’t fit general stereotypes, Allen wrenches are shaped a little bit like miniature hockey sticks. Their ends are hexagonal.

Allen wrenches are used wherever hex-head screws are found, which can range from drain covers to machinery. You can use either end of the Allen wrench, and some are sold with a T-shaped handle so you can exert more force.

As with a screwdriver or drill, it’s crucial to avoid stripping the screws you’re using an Allen wrench on. 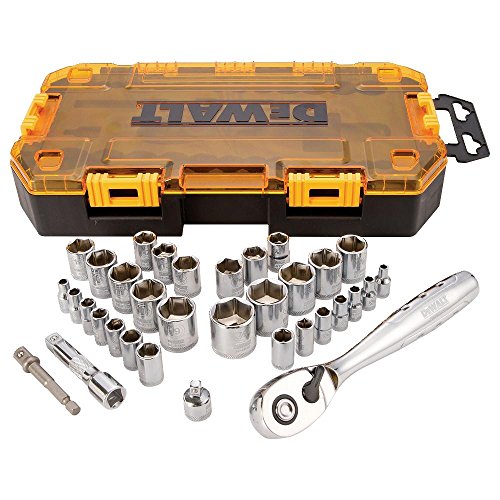 Socket wrenches have a ratcheting mechanism that lets you tighten or loosen nuts or bolts without lifting the wrench to readjust. The most common socket wrench size is three-eighths of an inch, but other sizes are available.

Mechanics and anyone else who spends time working on cars will use socket wrenches. However, they can be found elsewhere as well. They’re best for use in areas where you lack the room to turn a complete circle. 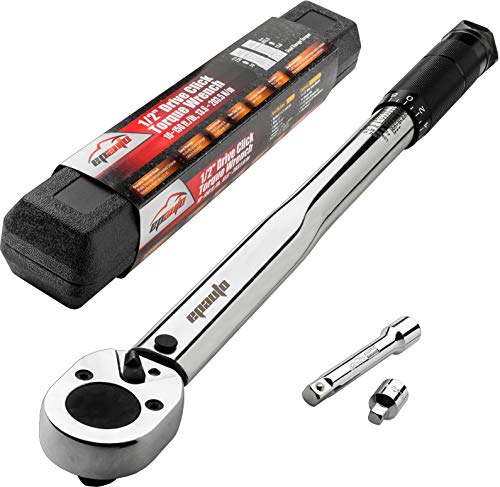 Torque wrenches are a specific type of socket wrench meant for instances when precision is necessary. You can calibrate them so they exert an exact amount of torque.

If you’re working on a car, bike, farming equipment, or other machinery where the manufacturer has dictated a specific amount of force, a torque wrench is your best bet. 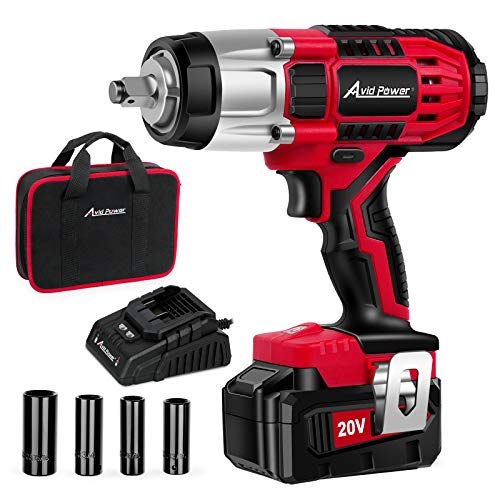 For stubborn fasteners, turn to the impact wrench. These wrenches look similar to a drill or a glue gun. Some connect to an air compressor, while a rechargeable battery powers others.

If you’re dealing with a nut or bolt that won’t come free no matter what you do, give an impact wrench a try. We don’t recommend impact wrenches for anything that requires care or precision. 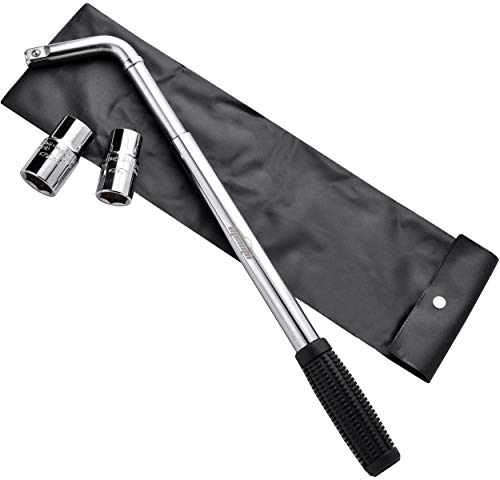 You’ll see two different versions of the lug wrench. One is X-shaped with a different-sized socket on each point. The other is L-shaped and only has one socket. You might see the X-shaped lug wrench referred to as a spider wrench.

As the name suggests, lug wrenches are used to tighten or loosen the lug nuts on a car. Consider how much force you will need to apply before purchasing one. The longer the bar, the more torque you can exert.

Lug wrenches are commonly found in mechanic shops, but any car owner should have one on hand in case of emergencies. You’ll need it if you ever have to change a tire. 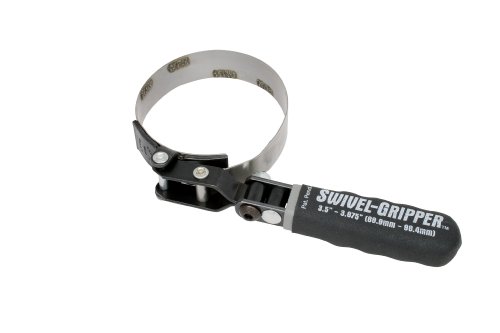 The final type of wrench we’re going to discuss is the oil filter wrench. If you work on multiple cars, you might need several. Oil filter wrenches usually have to be matched to the right car brand to work correctly.

Wrench Sets and Mechanics Tool Sets: Are They Worth It?

Have you ever dug through your toolbox only to discover you don’t have the right size of wrench? If you have, you’re already familiar with the primary issue associated with non-adjustable wrenches.

A remedy for the issue can usually be found when you purchase a wrench set or two. We say two because you’ll see wrench sizes in both the standard and metric system. Sometimes you’ll be able to convert from one to the other and make it work. Other times, you won’t be so lucky.

Suppose you do a lot of work that involves wrenches, whether that involves cars, plumbing, or anything else. In that case, it’s almost certainly worth buying some type of set. If you dabble more casually, it’s likely going to be more cost-effective for you to figure out a few wrench sizes that you’ll use and then only buy those.

Of course, having the proper wrench is only half the battle. Organizing your tools so you can find them when you need them is another matter entirely. If you’re someone who sets things down and loses track of them, that’s where a set with a built-in organizer will come in handy.

So, there you have it. We’ve discussed fourteen of the most common types of wrenches, what they look like, and where they’re generally used. As you can see, there are a lot of options available to you.

If you’re starting a project that’s going to require a wrench, measure things before you head to the hardware store. Nothing is more frustrating than attempting to loosen a bolt and discovering your wrench is two millimeters too small for the job.