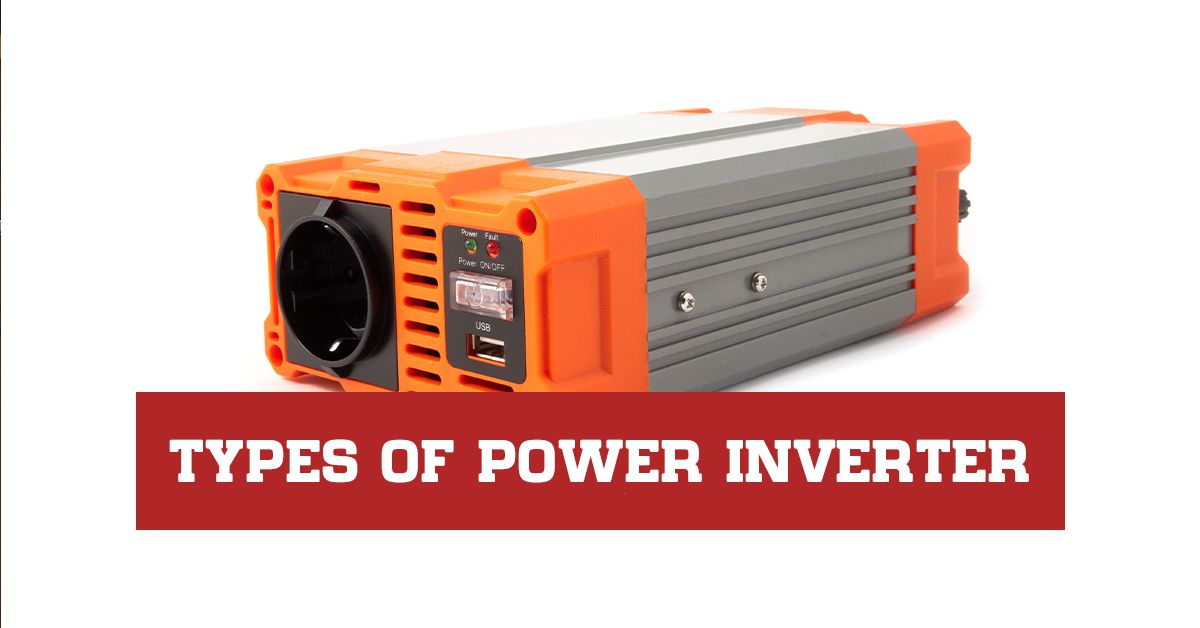 Power inverters are devices that allow the electrical current to be inverted. This means that it is possible to change the direction of current flow for a given load, either by changing AC into DC or vice versa.

The inverter is thus a vital piece of equipment in many electrical appliances and gadgets, with the most common examples being TV sets and music player devices. Power converters are classified as either AC or DC power converters depending on whether they convert from AC to DC (inverter) or DC to AC (boost converter).

Another important quality of an inverter is its efficiency. The higher its efficiency, the lower its heat generation and hence greater its energy-saving ability. In case of any device such as a computer that always needs standby mode even if not in use, then it will consume more power with less efficiency due to leakage current that may range from 5mA – 500mA depending upon type/ manufacturer/ model. It also depends on the total load on the inverter.

Power converters provide many advantages over batteries as there are different types of power inverters based on their application purpose and topology used.

Power inverters can be classified in various ways based on various factors. The main categories are:

According to the Output Characteristic

This is the most common type of inverter. Sine wave inverters have a sine-shaped electrical power waveform which is identical to that produced by the utility grid, and they are generally more expensive than modified square wave or square wave inverters due to their high performance.

Sine Wave Inverters use complex circuitry in order to create a pure sine wave output, which many appliances are designed to run on. Sine Wave inverters are normally used in computers, televisions, stereos and other household devices.

Modified sine wave inverters are less expensive than pure sine wave inverters, but they can provide adequate power for many applications. They are designed to work with electrical appliances that run on square or modified square waves.

According to the Source of Inverter

They are the most efficient inverter systems power-wise but they require more components compared to other types and hence, cost more than other types.

These types of power inverters use voltage regulators for converting DC to AC and they don’t include any transformers or high-frequency switches and they are generally cheaper than Current Source Inverters.

They provide a high-power factor and can yield nearly ninety percent efficiency, but harmonic distortion is poor.

Also, the circuit design is complex and hence, these inverters cost more than Current Source Inverter systems which use fewer components. Voltage source inverters provide excellent voltage regulation but they are not used in high-end appliances.

The components used are compact, which allows the system to be more efficient compared to Current Source and Voltage Source Inverters.

It uses the voltage regulator of a power supply to convert DC to AC and is capable of providing large amounts of power for low prices, making it suitable for small applications such as portable systems.

Although this type of inverter has high-efficiency levels in terms of its components, harmonic distortion levels are poor and the power factor is low.  Also, they are not suitable for high-end appliances.

According to the Type of Load

Single phase inverters are the most common type of power inverters which can operate at 220V-240V or 110 V-120 V and they have a maximum limit on the maximum output power due to their voltage limitations.

Half bridge inverters provide high power density but suffer from low output voltage and require bulky filter capacitors, which makes them suitable for applications such as battery chargers or welding equipment where the small size of the inverter is not a concern.

Half-bridge inverters cannot sustain the output voltage in the presence of a large load. They are also known as Class-D inverters.

Full bridge inverters have both positive and negative output terminals. Amps are connected to the load directly and as such, any connected device can draw as much power as it needs from the inverter without causing a loss of voltage. Half bridge converters require bulky filter capacitors.

This makes full bridge inverters more suitable for applications such as battery chargers and welding equipment where the small size of the inverter is not a concern. Half-bridge inverters cannot sustain the output voltage in the presence of a large load. They are also known as Class-C converters.

Push pull inverters have both positive and negative output terminals. Amps are connected to the load directly and as such, any connected device can draw as much power as it needs from the inverter without causing a loss of voltage.

This makes push pull inverters more suitable for applications that require maximum power with continuous operation or where the inverter is located remotely, since these inverters can easily maintain the output voltage in the presence of load fluctuations. They are also known as Class-B converters.

This inverter is mainly used in high-end appliances, which extract power at low voltage and convert it to higher voltages for operation.

Three-phase inverters have a higher efficiency compared to single phase inverters. For this reason, they are expensive and hence, used in high-end appliances such as battery chargers.

The 180-degree mode inverter is one of the popular types of three phase power inverters and uses six transistors to achieve a 180-degree out of phase output.

It generates high harmonic distortion levels which can be reduced by adding an LC filter at the end of the circuit.

Another common type of three phase power inverter is a 120-degree mode, which uses twelve transistors to achieve 120 degrees out of phase output.

This system uses transformer less high frequency technology and generates low harmonic distortion levels. It also requires larger filter capacitors due to the use of a higher number of transistors, making it suitable for applications such as battery chargers.

According to different PWM Technique

Simple Pulse Width Modulation (SPWM) inverter uses the PWM comparator to switch on/off its output devices. This type of inverter is only suitable for low power applications where it provides high current pulses each time an output device gets switched on. Simple pulse width modulation inverters are used in battery chargers, welding equipment and other similar applications.

Multiple Pulse Width Modulation (MPWM) inverter operates on the same principle as SPWM but uses multiple comparators and switches off the output devices in parallel instead of series. Multiple pulse width modulation inverters can be used to increase power while reducing output harmonic content. They are also known as Class-E or F inverters.

Sinusoidal Pulse Width Modulation (SPWM) inverter uses the PWM comparator to generate a Sinusoidal waveform. These pulses are generated at high frequencies and this type of inverter is used in applications such as driving motors and adjustable speed drives.

How do I know my inverter capacity?

An inverter’s capacity is determined based on its output power and the operating voltage. For example, an inverter with a 24-volt output and 500 watts of power can be used to power up two 100-watt light bulbs simultaneously.

Although not all manufacturers provide detailed information about their product specifications, a few do. This information is useful for finding a compatible inverter to run your appliances and tools.

How many watts of inverter do I need for home?

How much power your appliances require will determine the kind of inverter you need. For example, heavy duty inverters can be used to power high wattage tools such as welding machines and vacuums, but are too powerful for running smaller appliances.

If you have multiple devices that run on AC at home, then it is advisable to purchase a solar inverter that can support all of your appliances together. However, if you are looking for an inverter with higher power capacity, you should get one with three phase output option.

An inverter is designed to provide the same output as conventional AC power which does not change even if you switch it on or off. The only difference is that it can be switched on and off whenever required. Many people often think that an inverter causes increased electricity bills, but this is not true. It would mainly depend upon how you use it.

For example, if you operate an electric heater with the inverter, then it is likely to increase your electricity bill significantly. However, you can save more money by using an efficient inverter that does not draw much power for running electronic devices at home.

How many hours does the inverter last?

The life of an inverter depends on the number of hours it is used. For example, a 500-watt inverter may last for more than 2000 hours if it is used for around 4 to 5 hours on an everyday basis. How long your inverter lasts largely depends on what you use it for. You can increase its life by minimizing the load when not in use.

These power inverters are widely used nowadays, however our world is becoming more and more technologically advanced.

The current different types of the power inverter are listed above. You can also check this for your further use or another project that requires types of power inverters.

Thank you for reading! We hope you found the information useful and will come back to visit our blog again.