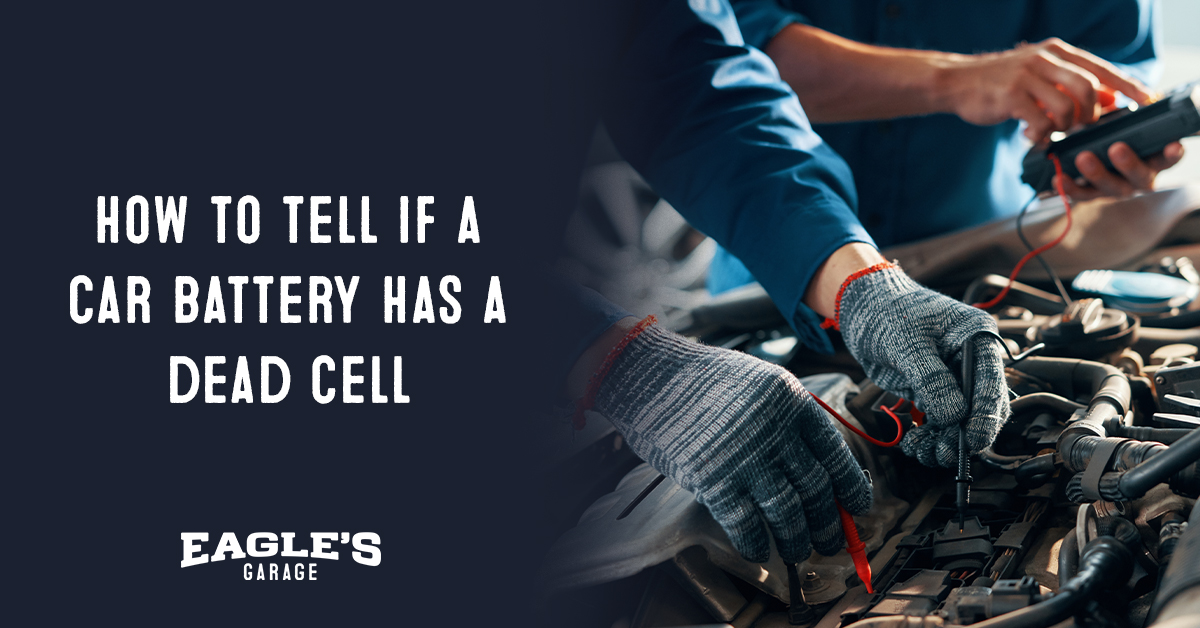 One of the most dreaded moments in a car owner’s life is when they find out their car won’t start. Or even worse when their car dies when they’re on the road and comes to halt leaving you stranded in the middle of the road or at a traffic light.

Now your immediate worry will be what could be causing your vehicle to not start and remain dead? You know haven’t been in an accident and you get your car serviced regularly and don’t drive like a maniac so what could be the problem?

When your battery dies you will typically have a warning that something is wrong. The warning light in your car may come on or your radio may start cutting out.

If it’s not flashing and going crazy then there is a good chance that it just went dead just like every other battery in the world does after time, however, you need to confirm the information you suspect

Don’t worry, it’s not the end of the world if you don’t know how to diagnose this problem or have no idea what to do about it. This post will help you figure out if it’s a dead battery that is wrong with your car or just simply give you enough information that will allow you to confirm this so you can move on to what needs to be done next.

What are the Symptoms of a Dead Cell on a Car Battery?

The following are a few symptoms that could mean your car battery has a dead cell:

a) There is a leak coming from your battery – If you notice fluid leaking out of your battery or under the hood then it’s likely that you have one bad cell on your hands and that means replacing your entire battery.

b) There are bulges in any cells within the battery – If you suspect this problem with your battery then you’ll know it because one or more of these cells will appear swollen or enlarged compared to their neighboring cells which indicates they aren’t holding as much power as they should be. You need to replace your battery right away or it will eventually go dead and leave you stranded if it hasn’t already.

c) Your car is slow to start even though everything appears to be normal – if there is some sort of power drain on the system causing the car not to crank as fast as usual, this may mean you have a dead cell in the battery.

If the car stops running:

a) Your headlights are dimming after some time when the car is idling – If you notice that your headlights just aren’t as bright as they used to be then you probably have a dying battery with a weak cell.

b) You notice an unusual smell of burning coming from under the hood – if you smell something out of the ordinary it might be one of your battery cells shorting out which will produce this smell of burning.

c) Your vehicle won’t start even though you have turned the key numerous times and the lights come on as usual – this is often a sign that there is not enough electrical energy to crank your engine or power your starter motor.

There are a few ways that you can determine if one of the cells in your car battery is “dead” before it goes completely bad on you, but first thing’s first – don’t try to take apart the battery yourself.

If there is something wrong with the cell it might cause an electrical short which could ignite any flammable gases that may escape from your battery and this would produce hydrogen gas which is highly explosive. So, unless you know exactly what you’re doing by removing your car’s batteries, leave this job to someone who does.

Ways To Test Your Battery

If you’re looking to further investigate this issue, there are a few ways you can test your battery to see if you have a dead cell.

Just by taking a simple look, you can tell if damage is the cause of your dead battery or cell. There might be the following things to indicate a dead or dying cell:

You can check voltage to see if one of your battery cells is dead by using your multimeter while the car is off and while it’s running. You’ll want to check each cell individually so that way, you don’t miss anything since some batteries have 6 cells in them.

With your multimeter set to measure DC volts, lower the negative probe into the cell(s) of your choice on the car battery while it’s off. Make sure that this portion of your multimeter is properly insulated so you don’t get shocked or short any circuits within your test leads or meter itself. If there is 12 volts across all 6 cells then everything is fine.

If your battery is:

Sulphation is the reason why batteries are not recharged over time.

Most modern vehicles have charging systems that will recharge the battery when it is being used. The problem with sulfated batteries is that they cannot be charged back to full capacity by electrolysis, which means you will need to either replace your car’s battery or purchase a trickle charger so you can bring it back up after fully discharged. The easiest thing would just be to replace the battery if you have tried charging it or jump starting it multiple times already.

You can also use a load tester to check the battery for dead cells. This method is best if you have another vehicle to use as an external power source so you don’t drain your car’s battery while testing it.

First, start up your engine and set the voltmeter to AC voltage (VAC). Once this is done, attach the positive lead of the voltmeter to the positive terminal of your fully charged car battery, then attach the negative lead of your voltmeter to either an unpainted bolt or screw-on your car frame – make sure that this wire does not touch any part of your engine! Then connect one end of a short jumper cable (less than 8 inches) to the negative on your other vehicle and then the other end to the negative terminal on your battery.

You can now start your engine, if everything is fine you will see the voltage reading around 13.5 VAC, but if one of your cells is dead then it should read somewhere between 6-10 volts AC. If this is the case, you have a dead cell in your car’s battery and need to replace it.

What Happens When You Get a Bad Battery Terminal?

This may cause the dimming of lights or other electrical components not to work at all. If this is the case, you may have a bad battery terminal and need to clean or replace it.

If you have corrosion issues with your terminals then you could either clean them up by using steel wool and water (to scrub), baking soda (for stubborn rust) or simply purchase new terminals for replacement. Make sure that whatever solution you choose to use, these items are all battery-friendly so they don’t cause any damage to the electrical components in your vehicle.

If you notice that your alternator is having a hard time keeping up with its work it could be an indicator that the battery has lost some of its capacity to store electricity. This is often due to dead or weak cells in your battery or simply bad terminals.

In conclusion, if your battery is unable to reach a voltage of 10.5 volts when being charged or if it has had a short circuit, then the battery has dead cells. If you are unable to charge your car’s battery fully after discharging it completely, this means that it is sulfated. Most modern vehicles have charging systems that will recharge the battery when it is being used. The problem with sulfated batteries is that they cannot be recharged by electrolysis, which means you will need to either replace your car’s battery or purchase a trickle charger so you can bring it back up after fully discharged.

The easiest thing would just be to replace the battery if you have tried charging it or jump starting it multiple times already. You can load test the battery using another vehicle to check for dead cells. If you have corrosion issues with your terminals, clean them up using steel wool and water (to scrub), baking soda (for stubborn rust), or simply purchase new terminals for replacement.

We hope this article helps you determine if your battery has a dead cell. A car battery with one or more dead cells is not fit to be put into service and must be replaced by a new one.