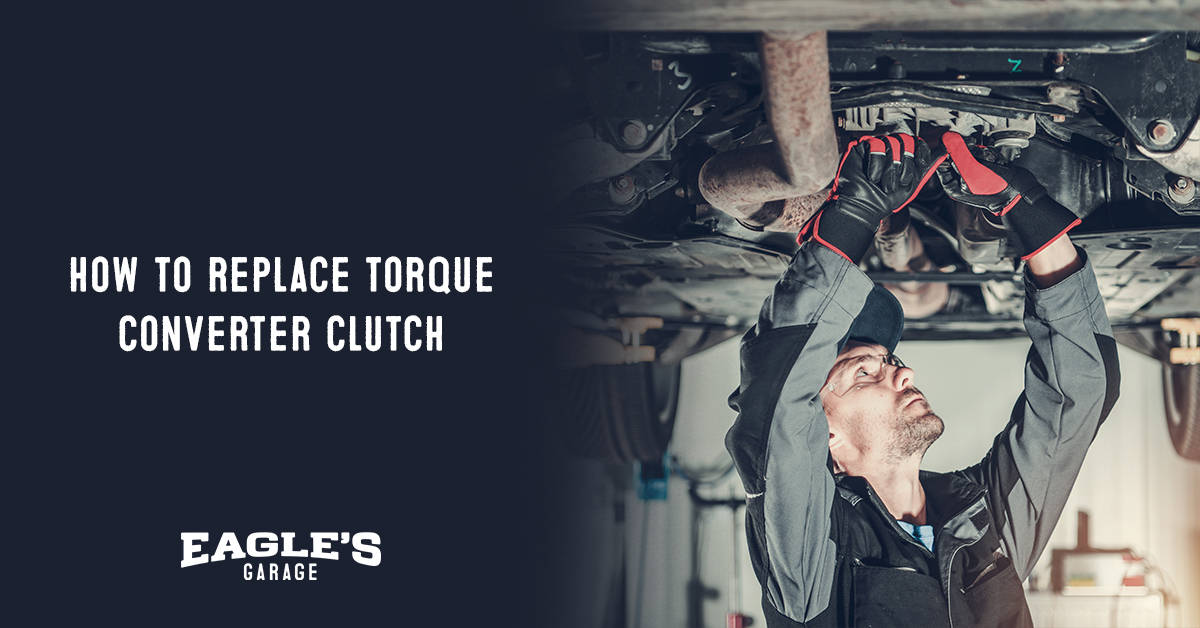 A key component of automatic transmission vehicles, the torque converter transmits power the transmission’s input shaft from the engine. It allows the electronic control module (ECM) to control the power level without the driver manually adjusting it, as with a standard transmission.

When your automatic vehicle reaches cruising speed, the torque converter clutch (TCC) engages. The clutch locks the torque converter’s impeller and the turbine, spinning them together. This keeps your power from slipping at highway speeds and maximizes the efficient use of power coming from the engine.

Controlling the TCC’s ability to lock is the TCC solenoid, a small part that can affect your vehicle’s performance over time.

What is a Torque Converter Clutch Solenoid? 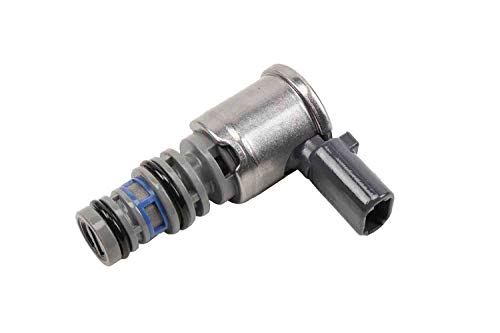 The torque converter is specific to automatic transmissions. It is located behind the engine and in front of the transmission on the passenger side.

The torque converter uses two fans — the impeller and the turbine — that exchange hydraulic fluid to increase the power going to the transmission. Since the two can move independent of one another, the impeller can remain engaged while the turbine can adjust according to the power needs of the vehicle. This allows the engine to remain running when the car is at a complete stop.

In an automatic transmission, the ECM communicates with a number of solenoids to make those adjustments for you. When your vehicle reaches its fourth gear at highway speeds (usually above 37 mph), the ECM sends a signal to the TCC solenoid, which opens a valve that forces pressurized fluid to activate the TCC.

The TCC is a plate that, when engaged by a switched-on solenoid, locks the turbine to the housing that contains the impeller. This makes the torque converter rotate as one piece, taking stress off of the engine and maximizing the amount of power being used to propel the vehicle.

The TCC solenoid is a switch to control the fluid pressure and release that locks up the torque converter clutch. The solenoid takes the ECM’s instructions, opening or closing to control the amount of fluid going to the TCC. While the TCC solenoid does not stop your car from running at its top gear, it does hinder optimal performance if it is not able to affect the clutch.

Also Read: How to Test a Fuel Pressure Sensor With a Multimeter?

How to Replace the TCC Solenoid

A number of solenoids exist around the transmission to progress automatic transmissions through the gear shifts. In a four-speed transmission, there is a 1-2 gear solenoid, 2-3 gear solenoid, 3-4 gear solenoid and finally the TCC solenoid. If any of these fail, you will be unable to create the necessary pressure in the torque converter to shift gears. So, with a faulty 3-4 solenoid, you can shift into third but not into fourth gear.

When replacing the TCC solenoid, it is not uncommon to replace the other solenoids, as they can sometimes all go at once. This can lead to a lengthy and costly repair job.

Ease of access to the solenoid can vary from car to car, so certain models make it much quicker to replace than others. Depending on the exact position of the TCC solenoid and how it needs to be accessed, the mechanic may have to move the converter housing or the entire transmission. Other parts such as the battery or air filter may also need to be moved if accessing through the hood. The transmission fluid will most likely need to be cleared out in order to change out the solenoid without issue.

Replacing a TCC solenoid can be done as a DIY project with common manual tools. When attaching the new unit, it often is a simple insert into the torque converter that is bolted into a place. An electric wire fitting is inserted into it to communicate with the ECM.

Symptoms of a Faulty TCC Solenoid

A failing TCC solenoid will often cause the Check Engine light to turn on. If this happens, your car should be able to register a diagnostic trouble code (DTC) on an OBD-II scanner to identify the issue. The code can be registered from either a solenoid needing replacement or a simple disconnection somewhere in the circuitry.

Common DTCs to expect from a problem with a TCC solenoid include the following:

Symptoms can vary depending on the position that the solenoid is in when it fails. The solenoid basically directs the locking of the clutch. When it is not engaged, the turbine to the transmission can slow and eventually stop while the impeller from the engine continues spinning. This allows the engine to idle and continue producing torque while the car is not moving, such as at a stoplight.

If the solenoid fails in the on position, the clutch will stay engaged even as the car slows down and eventually stops. Since the turbine stops when the car does, if it is locked to the impeller because of an engaged clutch, the impeller will stop too. This will subsequently make the engine stop and your car will stall.

If the solenoid fails in the off position, where the clutch is not engaged, then the car is driveable but not efficient. Over time, as a car with a faulty TCC solenoid is driven, gas mileage will suffer. Because the impeller and turbine are not locked, the turbine will not spin as fast at the impeller even at cruising speed, making it deliver less power than the engine is actually supplying.

The failure to lock the clutch will also make the engine work harder to maintain speed, which can cause it to overheat. If left unfixed, internal wear can hasten engine or transmission breakdown.

In general, the following are some telltale signs of a TCC solenoid that is failing to engage the clutch:

A failed TCC solenoid can also make your vehicle go into Fail Safe, or “limp” mode, to protect your transmission from damage. In this mode, your transmission stays locked in a lower gear, usually second or third. This will cause obvious driving difficulty, as the lower gears will keep your vehicle from getting above a certain speed (between 30-40 mph).

In Fail Safe, the transmission will be prone to overheating. This, coupled with the restricted driving speed, should be ample reason to bring your car to a mechanic as soon as possible.

Also Read: How to Bypass Limp Mode on Your Vehicle

When Should You Get a Torque Converter Clutch Solenoid Replacement?

When your car registers a TCC solenoid DTC, you should take care of a replacement as early as you can. Even minor symptoms can be exacerbated into larger — and more expensive — issues down the line. Getting this replaced will make your car safer and its power more reliable.

If you have not done an OBD-II scan or if the Check Engine light has not turned on, it is best to take your car to a mechanic and explain the symptoms. Do not jump to conclusions about the cause, as you may end up having the mechanic chase a problem that does not exist.

Getting a solenoid replaced varies depending on your vehicle and the level of labor you need. TCC solenoids are not expensive, and you can expect to pay between $15-40 on average. However, for larger vehicles, prices can exceed $100 for the part. Labor will often run between $150-250. You have the option to reuse the drained transmission fluid or replace with new fluid for $20-50.

Can You Drive With a Bad TCC Solenoid?

In most cases, your car should continue working with a faulty TCC solenoid. If all other solenoids in the system are working properly, you will be able to get up to the highest working gear. When this happens, however, you must drive cautiously to avoid putting strain on the transmission.

If the Check Engine light does not come on, a scan may not be able to pinpoint the exact cause of the issue you are having with your car. If you are uncertain as to the cause of a transmission problem, it is critical to talk to a professional mechanic before attempting any DIY repairs. A TCC solenoid issue is a common occurrence, and many assume that it needs replacing based on the symptoms. However, it could also be a transmission fluid leak or an issue with a different solenoid.

Paying a technician to do a diagnostic can save you tons of money on a misdiagnosis. It could also reveal further underlying issues that may not have been resolved with a TCC solenoid replacement. When factoring in the time to replace the solenoid and the potential for mistakes, working with a certified mechanic is the safest and most cost effective route.

If you like what you read, please see similar articles below:

4 thoughts on “How to Replace a Torque Converter Clutch Solenoid”