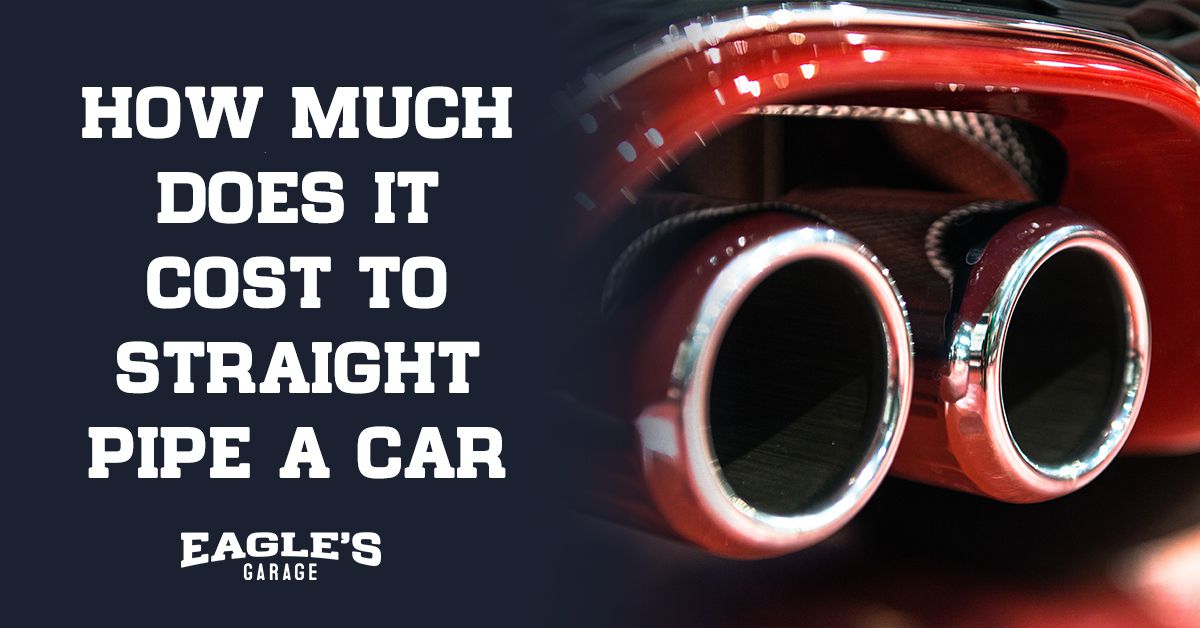 Exhaust output and sound are what many gearheads look for when they consider modifying their car’s exhaust system. One of the most popular and effective ways of doing this is to “straight pipe” the car. This means removing the catalytic converter and often times the muffler as well, resulting in a much louder exhaust note. But how much does it cost to straight pipe a car?

The cost of straight piping your car will vary depending on a few factors. First, the type of car you have will play a role in how much it will cost. A smaller, four-cylinder car will obviously be less expensive to modify than a larger V8 vehicle. Secondly, the quality of parts you use will also affect the overall cost. Finally, whether or not you choose to do the work yourself or hire a professional will also have an impact on price.

If you’re looking to further investigate the cost of straight piping a car, keep reading. We’ll go into more detail about the factors that affect the cost, as well as provide some useful information about factors one might consider before taking on this modification.

What is a Straight Pipe Exhaust? 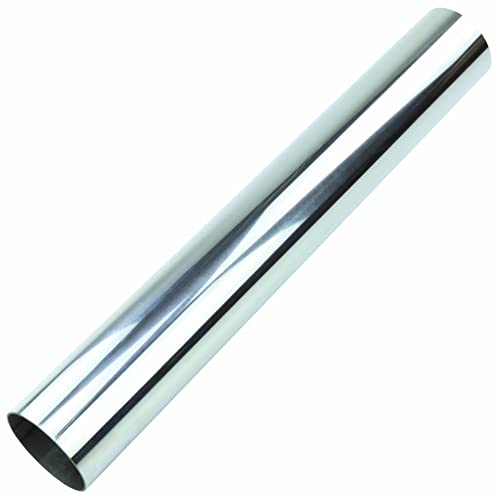 The main advantage of a straight pipe is that it provides much less resistance to exhaust gases, which means that the engine can breathe more freely and produce more power. In addition, straight pipes tend to produce a very aggressive sound, which is why they are often associated with high-performance cars.

This is because they do not contain traditional exhaust components such as mufflers, resonators, and catalytic converters. As a result, they are not street-legal in most states and multiple countries of the world.

How Much Does It Cost To Straight Pipe A Car? 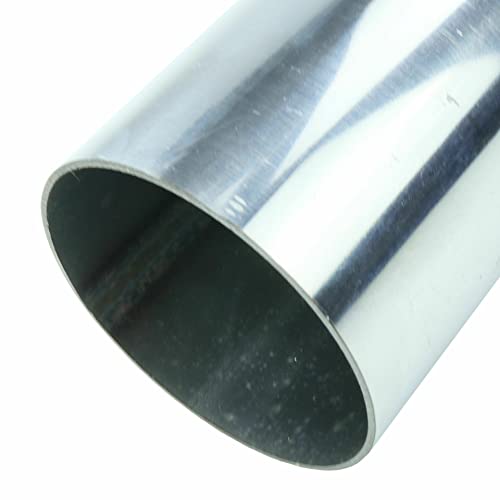 The cost may vary and depend on many variables such as the car make and model, the type of straight pipe used, the labor cost, etc. Nevertheless, you could expect to pay around $300 – $1200 for a complete installation job.

If you are doing it yourself, then it would cost much less since you would only need to purchase the materials. The most important factor is the type of straight pipe that you use. On average, a no bells and whistles straight pipe could cost you $100 – $300. A higher-quality straight pipe with mandrel bends could set you back $500 – $800. 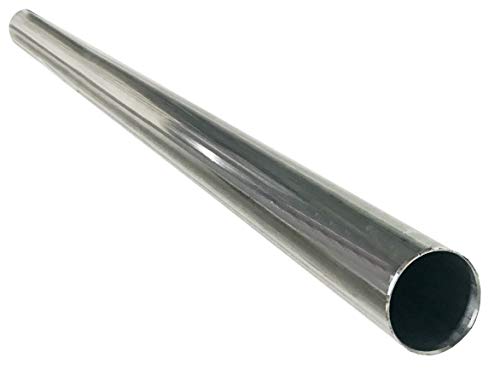 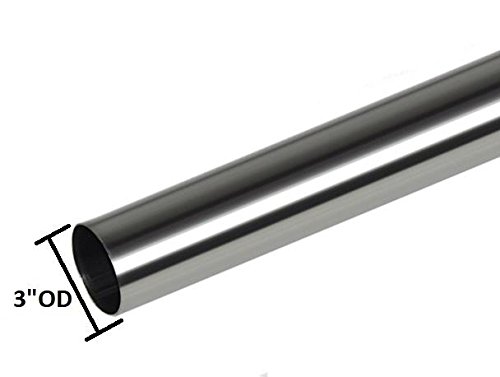 Little do most people know that there are actually quite a few benefits to having a straight pipe exhaust system installed in their car. The following are some of the main benefits:

A straight pipe exhaust system provides less resistance to exhaust gases, which means that the engine can breathe more freely and produce more power. This is because they do not contain traditional exhaust components such as mufflers, resonators, and catalytic converters which often restrict airflow and hurt performance.

They can make your car look more aggressive and give it a “sportier” appearance. The look is often associated with high-performance cars. A straight pipe exhaust system adds to the car’s look and style, which may be further enhanced by a twin-pipe tailpipe installation. Many of them are also available in a range of colors, including brilliant chrome plating, which makes them appear much more appealing.

Straight pipes produce a much more aggressive sound than traditional exhaust systems, which is why they are often associated with high-performance cars. The sound makes the car more exciting to drive and gives the driver a sense of power and control as more vibrations are transferred throughout the car.

When the engine is able to breathe more freely, it will also be able to run more efficiently. This means that you will see a slight improvement in fuel economy as well. Less blowback and backpressure. allowing the engine to work in a more consistent manner and use fuel more efficiently.

Another advantage of straight pipes is that they are typically much lighter than traditional exhaust systems. This is because they do not have all of the extra components that are found in a standard system such as mufflers, catalytic converters, etc. This reduced weight can lead to better performance as well since there is less weight and more efficiency for the vehicle to move around. 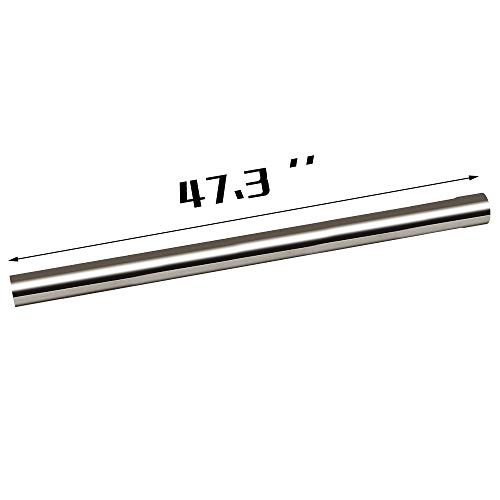 Sadly, it’s not all sunshine and rainbows when it comes to straight pipe exhaust systems. There are a few drawbacks that you should be aware of before making the decision to install one in your car. These drawbacks include:

One of the main disadvantages of straight pipes is that they significantly increase noise levels. This is due to the fact that they do not have traditional mufflers or resonators, which are designed to reduce noise. If you are someone who values peace and quiet, then straight pipes are probably not the best choice for you.

Another potential issue that you may encounter with straight pipes is that they can cause your car to fail emissions tests. This is because they do not have the same emissions control components such as catalytic converters that are found in traditional exhaust systems. If you live in an area where emissions testing is required, then you may want to think twice about installing a straight pipe exhaust system.

Finally, one of the biggest drawbacks of straight pipes is that they often have a reduced lifespan when compared to traditional exhaust systems. This is due to the fact that they are often made from thinner materials and do not have the same type of durability that you would find in a standard system. Additionally, the increased noise levels can lead to premature wear and tear on the pipes.

One of the main reasons that people do not install straight pipe exhaust systems is that they can be quite costly to purchase and install. This is due to the fact that they often require custom fabrication in order to fit properly. Additionally, the installation process can be quite involved and may require the assistance of a professional mechanic.

Finally, it is important to remember that installing a straight pipe exhaust system can have a negative impact on the resale value of your car. This is because most buyers are not interested in purchasing a car that does not have a traditional exhaust system. If you are planning on selling your car in the future, then you may want to refit it with a standard exhaust system before doing so.

Is It Cheaper to Straight Pipe Your Car?

No, straight piping your car will actually be more expensive than leaving the stock exhaust system in place. This is due to the fact that you will need to purchase a new exhaust system and have it installed by a professional mechanic. Additionally, the installation process can be quite involved and may require custom fabrication in order to fit properly.

There is no definitive answer to this question as it depends on a number of factors such as the type of car, the make and model of the exhaust system, and the driving habits of the person behind the wheel. However, it is generally believed that straight pipes do not waste more gas than traditional exhaust systems.

How Much HP Does Straight Pipe Add?

It is difficult to say how much horsepower a straight pipe exhaust system will add to your car as it depends on a number of factors. However, it is generally believed that the power gains are minimal and are not worth the increased noise levels and potential emissions issues that you may encounter if these are important to you. However, expect a 3-7 HP gain at best.

So, as you can see, it is not a cheap modification to make, but it can be well worth it if you are looking for more power and an aggressive sound from your car. While there are some drawbacks to straight pipe exhaust systems, they can still be a great choice for those who are looking for improved performance and better fuel economy.

Just be sure to weigh the pros and cons carefully before making your decision and make sure that you are aware of the legal implications before making the switch to a straight pipe exhaust system.

If you find this article helpful, consider checking out these other articles below —