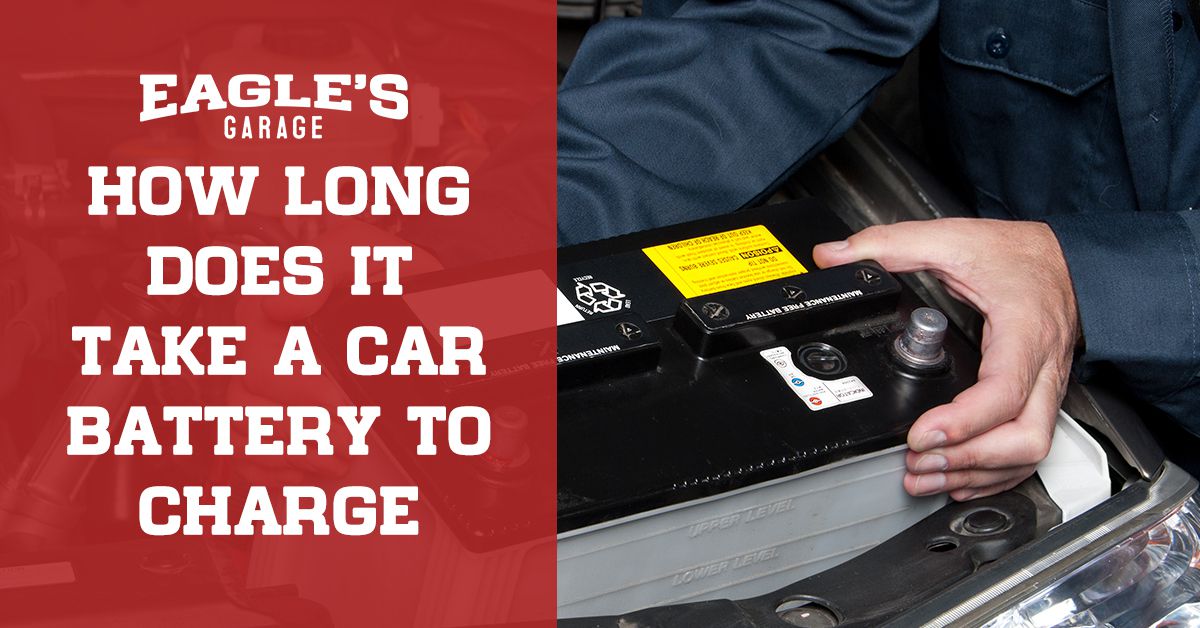 Whether we wish it to or not, our cars inevitably require maintenance from time to time. This includes checking the oil level, topping up the windshield wiper fluid, and of course, checking and charging the car battery.

Normally the car system itself is capable of charging the battery, however, there are times when you may have left your lights on, the car alarm has been ringing for an extended period of time or the battery has simply died and needed a jump start.

The majority of people would agree that one of the most frustrating experiences is being stranded on the side of the road with a dead car battery. Not only does it leave you feeling helpless, but it can also be very dangerous.

So how long does it take for a car battery to charge? And how can you tell if it’s fully charged? Keep reading to find out!

How Long Does It Take A Car Battery To Charge?

This question is not that easy to answer as the variables involved are quite numerous. Some of the factors that can affect how long it takes to charge a car battery include:

However, a good rule of thumb is that it will take between two and four hours for a battery to charge fully. A battery’s state of charge (SOC) can be determined by using a voltmeter and many chargers themselves have indicators that will tell you when the battery is fully charged. In the case of a battery that is 50Ah that is totally flat out of charge, it might take a little longer, say 12 hours with a 4 Amp charger.

When it comes to chargers, you will encounter a variety of options with different charging rates that determine their rate of charge by Amperes per hour. Most chargers will be DC (Direct Current) chargers which offer a range of 2 to 40 Amps. In this case, we are looking at some approximates for the average 50Ah. The 50Ah means that it can push 12 volts out at a rate of 50 amperes in an hour. Here are some approximate average charging times with different types of chargers:

Please note that these charging times are approximate and will vary depending on the battery’s condition, state of charge, and the type of charger being used.

Also Read: How to Deal With A Top-Leaking Car Battery

How fast is the best way to charge a car battery?

Also Read: How to tell if a Car Battery has a Dead Cell

It is always important to use the correct charger for your battery as using a charger with a higher amperage than what is required can damage the battery. The best way to keep your battery’s life long is to charge it with low amps for a lengthy time. Usually, a standard car battery charger is giving out 4-15 amperes and 2-4 amperes is typical for maintenance charging. If a battery is totally dead, it will take around 24 hours to recharge.

Why Does A Battery Go Flat?

So why does a battery go flat in the first place? Well, there are a number of reasons why this might happen, including:

1. Leaving the headlights or other electronics on

If your car is turned off but the lights or other heavy energy-dependent electronics are on, it will drain the battery. This is because the car’s electrical system is still drawing power from the battery even when the engine is not running thus not allowing the battery to recharge.

2. The car alarm has been going off for a long time

3. The battery is old and needs to be replaced

An old battery will not hold its charge as well as a new battery and will eventually need to be replaced. This is because, with every charge cycle, the battery loses a tiny amount of its capacity to hold a charge. Over the years, this will add up, and eventually, the battery will not be able to hold a charge at all. Not to mention any corrosion or damage that might have occurred on the battery’s terminals over the years under different stress, weather, and temperature conditions.

4. The alternator is not working properly

More often than not, the problem with a car battery not holding a charge is not actually with the battery itself, but with the alternator. The alternator is responsible for supplying power to the car’s electrical system and if it is not working properly, it will not be able to recharge the battery while the engine is running.

5. There is a problem with the electrical system

How long does a car have to run to charge a dead battery?

Normally, this is not something you need to concern yourself with. The battery will start to recharge as soon as you start the car. However, your battery is completely dead, it will take around 24 hours or more to fully charge as it is also using power at the same time too.

Does idling a car charge the battery?

When the engine spins the belt connected to the alternator, a car’s battery charges. Yes, a car battery will charge while idling if all of the aforementioned components are operational.

Is 30 minutes enough to charge a car battery?

Provided that you are using the correct charger for your battery and it is not totally dead, 30 minutes should be more than enough time to recharge a car battery enough to make it operational.

Can a completely dead battery be recharged?

Generally, your average car battery with a standard charger should take around 4 – 12 hours to fully recharge. There are many factors that can affect this time, so it is always best to consult with your battery’s manufacturer if you have any specific questions about how long it will take to recharge your battery.

If this article helped you know how long does it take a car battery to charge, consider checking out these articles below —